I'm linking up with Sydney for this link up. Today, everyone is sharing their Engagement story. The below post was originally written on July 11th, 2010, the day after Matt and I were engaged. It's the best account of that day.

Yesterday, Matt and I celebrated our 6 month anniversary of dating and it happened to fall on the first free weekend I've had all summer (Providence, I'd say!). He told me he was going to plan the whole date which made me excited because at this point I was exhausted from so much traveling and fun stuff. However, if you know me at all, you know that having someone else control something in my life is not fun for me.

So,  Saturday morning began with a trip to the Farmer's Market in EastChase here in Montgomery. I was super excited about this because I had been wanting to go for quite a while. We had a great time and got some great vegetables and fruits which makes me smile and would make my dad proud since I was buying locally.

After that, we came back to my apartment and he made breakfast/brunch. It was so wonderful. Omelets made with the fresh vegetables we had just gotten, peanut-butter/banana toast, fresh pineapple and orange juice. We love cooking together so this was such a treat. After breakfast/brunch, I told him I hoped there weren't lunch plans because I'd be full for a while.

While sitting at the table, he told me that for the next part of our date, I had a choice. PRAISE GOD! something I can control. He said we were going to see a movie and my choices were "Toy Story 3" or "Despicable Me". I chose "Despicable Me" and we both loved it. It was the perfect cross between and really funny kids movie and a sweet little story. We both laughed a lot and even teared up toward the end.

After the movie, he took me to this used book store which rocked my world! We had no particular book to look for but we knew we wanted to get a book that would be something we could remember this day by. We walked around laughing and finally we saw the perfect book. It was a joke book and as soon as we looked at it, we both said "This is it". It was funny and a perfect example of how well we fit together.

After the book store, we went to get italian ice at Nancy's Italian Ice right by my apartment. This is one of our new favorite places and it was such a treat.

By this point, we are both tired. My one request prior to the date was that we get some rest in at some point. I've been so busy that there has been little time for naps etc on the weekends. So after italian ice, I got to take a nap!!!!! It was wonderful.

After the nap, Matt said that I needed to be dressed and ready to go at 5:30 because we were going to Shakespeare to feed the geese. I was super excited but also extremely anxious and I asked about 1 billion questions. Matt was starting to get annoyed, I'm sure. He just kept saying "It's going to be great!" which just drove me crazy! Now I know some of you must be thinking that I must have caught on at this point. I actually had been thinking all week that he was going to pop the question but he said something later in the week that threw me off of his trail-sorry sucker! :)

While the nap was ending and I was getting dressed, it began to rain a bit. Matt just kept looking at the weather and basically said we would make a game time decision as to whether or not to go to Shakespeare. He said we had somewhere to be at 7:00 so we had a little bit of cushion if we needed to wait for rain to pass. However, God is so good that he took care of the grass with the rain and stopped it just in time for us to leave.

As we were driving into the Shakespeare park, I kept commenting that there were no geese which was the main reason we were coming, RIGHT????? When we got there and parked, Matt got a backpack out and said "Come on". I had a flashback to my younger days when Mom threw me a surprise party for my birthday. I knew it was going to be great but fear and stubbornness kept me from going inside. I was standing by the car not wanting to move forward. Matt being the sweet man that he is just took my hand and walked with me. As we were walking, we went around this group of trees and I just kept saying "There are no geese, this stinks". As we got in between two rows of trees, Matt said "That's okay because this spot is perfect" I immediately began to freak out and said this over and over again "I knew you were gonna do this". Matt got down on his knee and he said "I love you so much Leslie and I want you to be my wife. Will you marry me?" I always thought I would start crying or screaming at this point. Instead, I just hugged him and said "Yes!" and then I told him for the very first time that I loved him too. This was such a special moment. I have known for so long that I loved him but we had decided to wait until engagement to say those words, just another way of guarding our hearts. It was so special.

After that, Matt said it was time for the special part. I'm thinking we just got engaged what could be more special?!?! He took me to a ledge near the water and he sat me down. He pulled out a Fiesta Ware pitcher which is the "china" I've always said I wanted when I got married and he looked at me and said something very similar to this "As Jesus did in John 13, I want to serve you and love you as Jesus loved his disciples and he washed their feet. I want to wash your feet, Leslie. This is to demonstrate how I want to love you." Uh, can we just say, "WOW!!!" I mean really?!?! It was an incredibly special moment because it was the perfect way for us to begin our engagement, remembering how God wrote this story in the first place.

After that, we enjoyed some time together. I called my parents and told them. They both knew it was coming because Matt had asked for both of their blessings about 2 weeks ago. They were thrilled. We then went to have an amazing dinner at Garrett's here in Montgomery. Before dinner, as we sat in the car, we had a quiet time together, read some scripture and prayed. Again, a reminder of who wrote this story in the first place.

Dinner was amazing. Matt had arranged for his parents to bring roses and candles to the restaurant for our table, which made it even more special. We laughed. Enjoyed saying "I love you". Ate dinner. Smiled. Talked wedding stuff. Smiled some more.

After dinner, I texted everyone I could possibly think of and then the phone started blowing up. It's one of those moments that every girl dreams of. I was again in awe of God's goodness, as was Matt.

The last part of this date will take place this afternoon at lunch. A little back story is required for this part. For those of you who do not know, I love CiCi's pizza. No, really, I mean LOVE LOVE LOVE LOVE LOVE CiCi's pizza. It has become a joke in the last few years that I would not let any guy take me there unless he wanted to marry me because once he saw how much I loved CiCi's, he may change his mind if he wasn't already committed. Matt has known this and it has been a joke throughout our relationship that he wanted to take me there. At some point when we were dating, I decided I wanted to be able to tell him I loved him without really saying I loved him since we weren't using those words. One night, we were on the couch talking and I said "I like you so much that I would let you take me to CiCi's" Matt was shocked and super excited and we both knew exactly what that meant. I am excited to say that today Matt and I will go to CiCi's today together. Just another reminder of God's perfect and unique stories for those he loves. 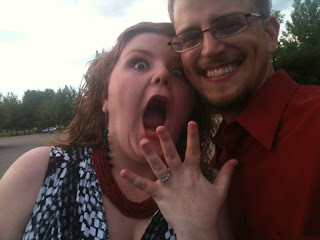 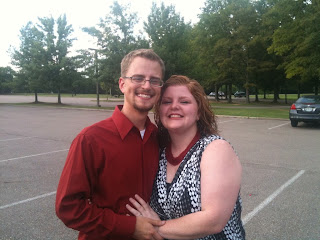 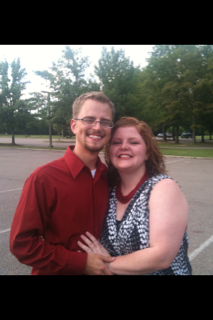 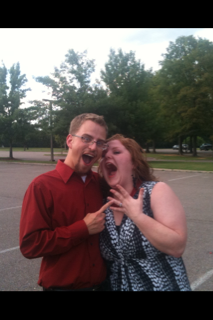 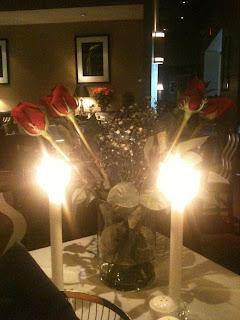 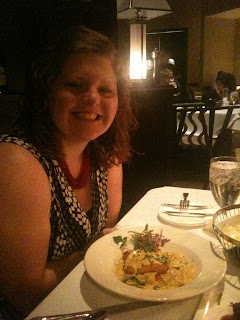 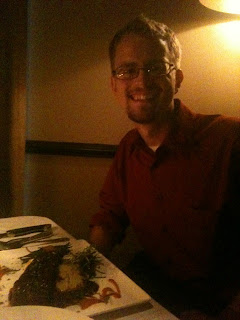 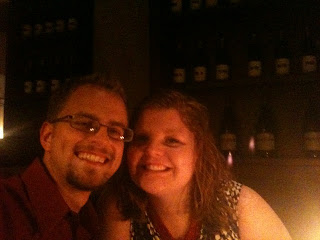 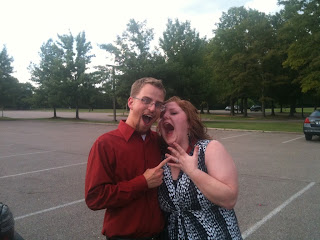 It was so fun going back and reading this story. I love my man so much!

Posted by Leslie at 7:03 PM
Email ThisBlogThis!Share to TwitterShare to FacebookShare to Pinterest