My birthday was on a Wednesday and the next day, Matt began feeling badly. He went to the local Doctor's Care where the did a whole work up including a chest X-ray. The doctor said it was bronchitis with a touch of pneumonia. He prescribed an antibiotic, cough syrup and one more medication and sent him on his way.

He rested well on Thursday and Friday and actually felt well enough to go to work on Saturday. Unfortunately, it was short lived and he began feeling poorly and came home. He began to rest well and suddenly, he had a coughing episode and began coughing up a lot of blood. He had coughed up a little bit here and there over the week but this was almost 1/4 cup of blog during a 5 minute period.

We became really concerned and decided to go to the ER. In the hospital, the doctor ran the same tests that Matt had already had done as well as a host of others and basically concluded that Matt definitely had pneumonia. He prescribed a new and much stronger antibiotic and sent him home to rest.

Thankfully, this antibiotic helped him to feel much better and within 10 days, he was as good as new.

Our pocketbook, however, is stilling the hit from the $25 a pill antibiotic! ;-)

Glad we have insurance as well as an excellent hospital (Spartanburg Regional) to go to when we are sick.

Thank you, Jesus, for our health! 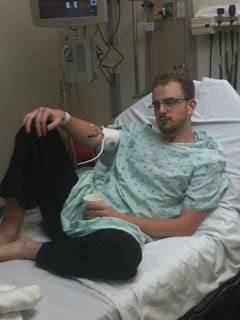 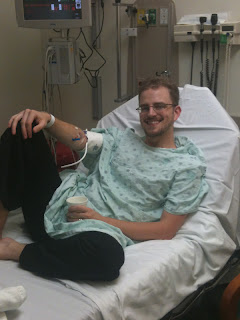 Posted by Leslie at 8:23 PM
Email ThisBlogThis!Share to TwitterShare to FacebookShare to Pinterest