These two egg hunters got to participate in two egg hunts this year! We had a couple more planned but the rain didn't allow for that unfortunately! 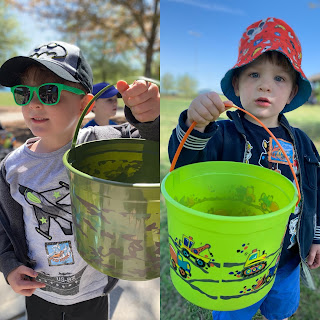 The first hunt was at the library and I took the boys to get some new Easter buckets beforehand. 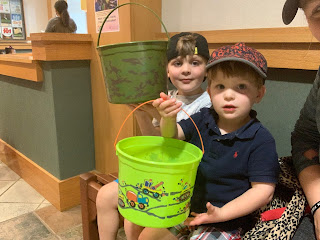 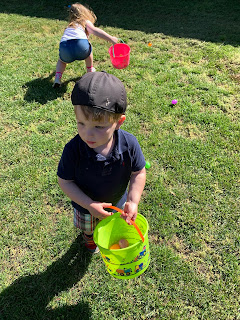 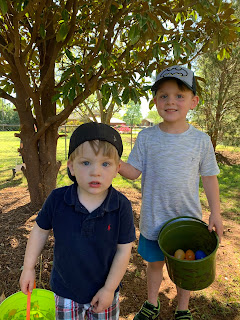 When you turned in the eggs, the library gave you either a book or candy. Thankfully, I had some candy in my purse so I gave that to the boys to encourage them to pick a book. It worked! 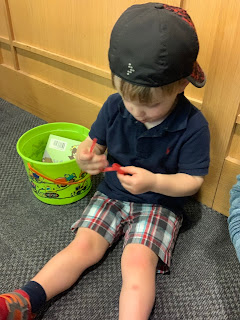 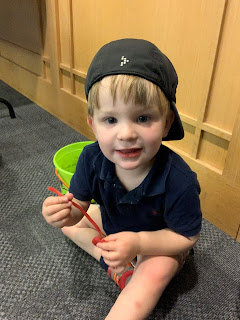 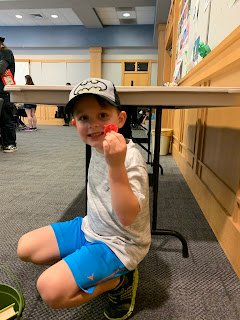 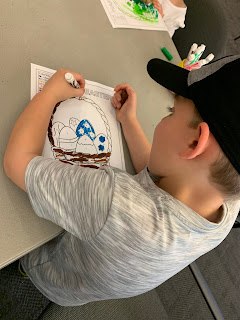 We also attended an egg hunt with some friends, mostly friends from church. The weather was beautiful and we had the best time! 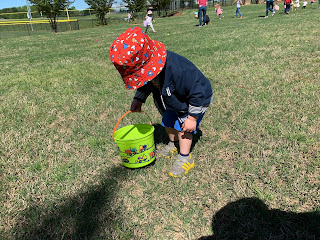 Mason was a HUGE help to Maddox. 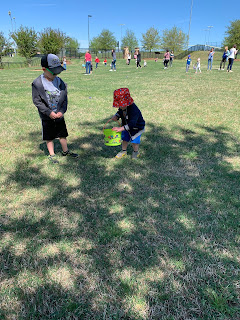 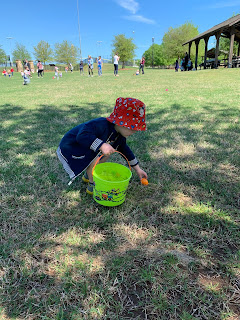 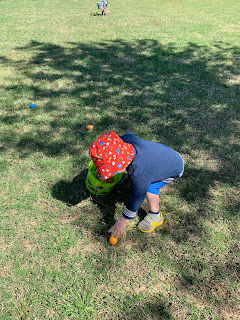 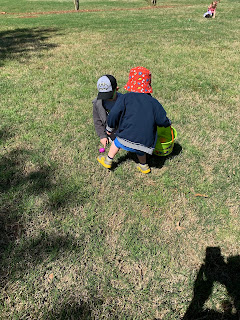 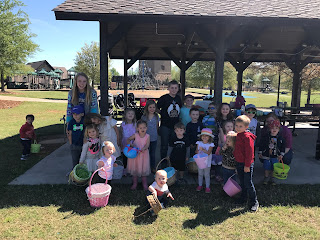 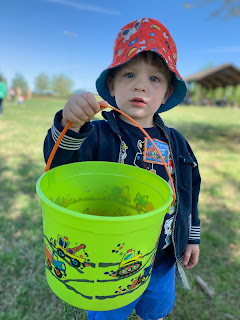 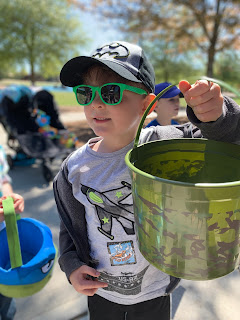 Mason ran FAR during his hunt so I only got one picture but he got a good amount of eggs and had a blast!

Posted by Leslie at 6:00 AM
Email ThisBlogThis!Share to TwitterShare to FacebookShare to Pinterest
Labels: Easter, egg hunts