Two weeks ago, Maddox went to the dentist and she just mentioned that it was time for us to address thumb sucking. We were a bit concerned about it because he only does it when he is sleeping and we didn't know how we could address it. She gave us a few options and we went on our way. We decided to wait until Mid-April since we were going out of town in early April.

However, the day after the dentist, Maddox said something about stopping sucking his thumb and I told him that the dentist had said it was time to stop. He fussed a bit and then he NEVER PUT IT IN HIS MOUTH!!! That went on for over a week before we decided that it wasn't a fluke and he was officially done with it!

Can you believe the will power of this 2 year old!?! 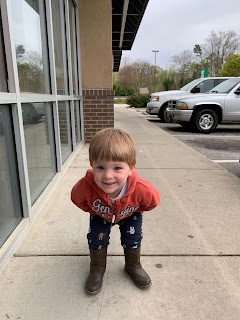 We are SO PROUD! After one week, Matt took the boys to Moe's for a celebratory meal. This picture is showing his willpower. 15 days into Whole30 and avoiding Moe's! 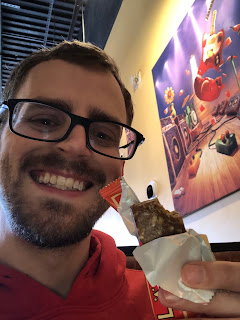 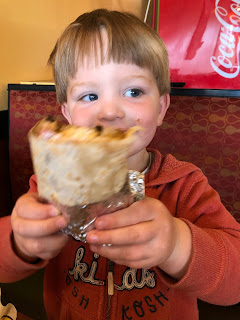 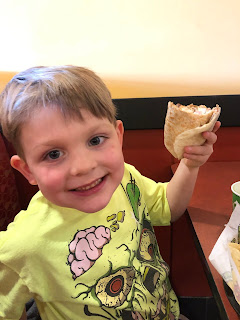 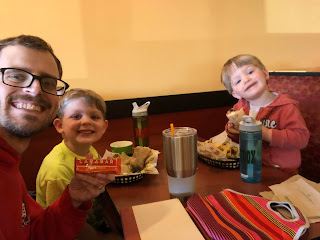 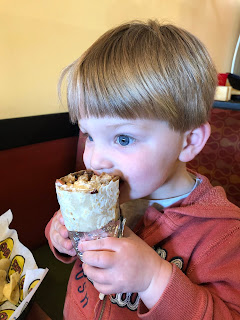 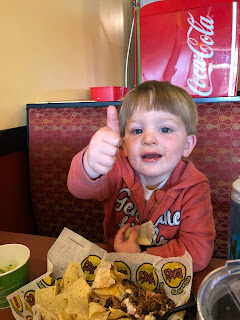 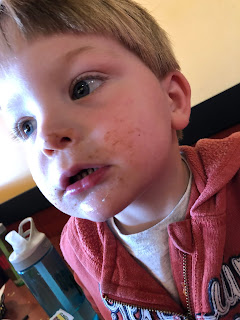 Posted by Leslie at 6:00 AM
Email ThisBlogThis!Share to TwitterShare to FacebookShare to Pinterest
Labels: Maddox, Maddox and his thumb, Maddox Does