We looked for the mail man for several days and kept missing him. Just last week, we finally saw him and got his gift to him. He smiled so big when Mason told him while he chose the gift he did, gave him a high five and went on his way.

The next day when he delivered the mail, he knocked and said he had a gift for Mason. Mason was napping and he said, he would come back. In a couple of hours, he came and Mason ran out to meet him. He told Mason to hurry to his truck to see what he had. 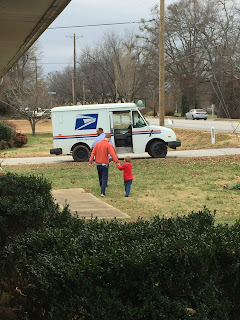 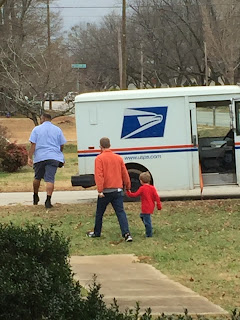 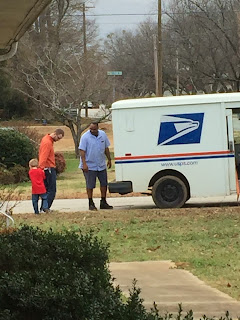 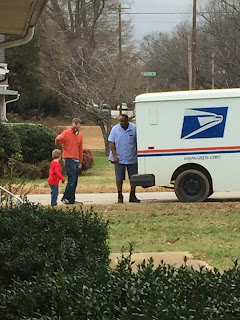 He opened the back and pulled out a box wrapped in Paw Patrol paper. 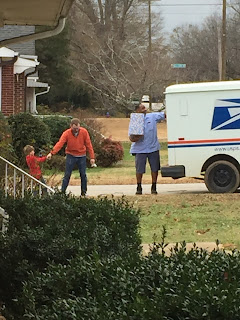 At this point, Mason got a bit bashful and the mailman helped him opened the gift. Inside was a remote control monster truck that is honestly probably his dream gift. It was such a special moment and Mason was such a happy boy. 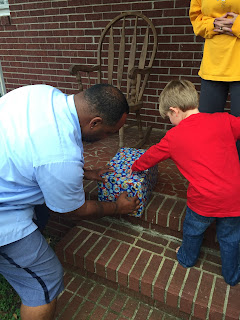 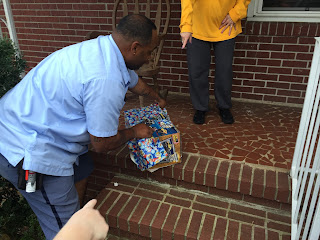 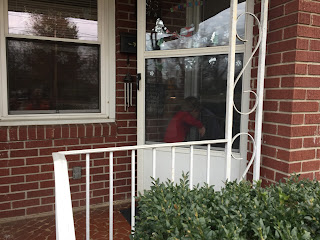 Mason fist bumped and the mailman went on his way. Meanwhile, I cried. Mason chose kindness toward the mailman and the mailman returned that to Mason. I pray this experience is a marker in Mason's life. A realization that kindness matters. 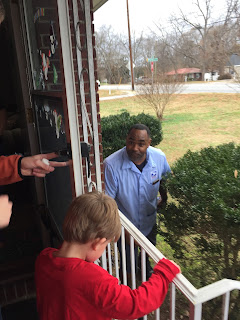 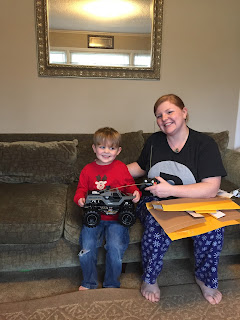 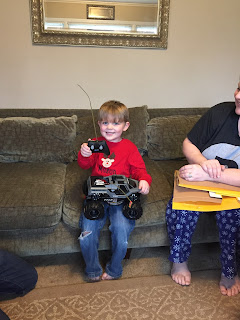 Christmas time is the best time.

Posted by Leslie at 10:00 AM
Email ThisBlogThis!Share to TwitterShare to FacebookShare to Pinterest
Labels: Christmas