On February 8th Leslie and I welcomed to our home a beautiful blue and red Betta fish named Splenden. Leslie and I had talked about getting a fish and she surprised me with it. We went to Petsmart and looked at just about all of the Bettas they had.

Splenden was one of the last we looked at and when we saw him we pretty much knew that he would fit perfectly into our family. We bought him a big bowl at Ross, rocks, a pretty blue plant, and some food and he quickly settled in at home.

After a few days we noticed that he was real mellow, wasn't eating and that his fins were starting to look pretty rough, almost torn looking. We thought maybe his fins were getting caught on his plant so we took that out, but he still didn't want to eat and his fins kept getting worse.

After some research and getting concerned for him, we did want our first pet to live more than a week and a half after all, we figured out that he most likely had fin rot. Felt much better after figuring out what was wrong and that getting him better should be easy.

So, now that we are completely changing his water every day or every other day, he is much better. He has lots of energy again and his fins are looking much, much better. He even came up and touched my finger the other night. I was pumped about that. We also got a different kind of food and some bloodworms as treats for him.

And now that I have spent many more words than were probably needed, cant blame a proud dad can you ;), I present to you Splenden! 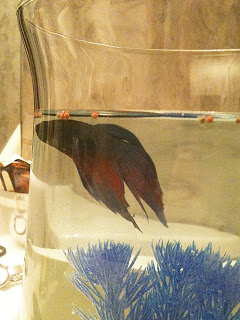 Til then-
Did you hear about the Morgans?
Posted by Matthew at 10:16 PM No comments:
Email ThisBlogThis!Share to TwitterShare to FacebookShare to Pinterest
Hello All!

Matt and I both decided we were going to blog tonight. He is blogging about Splenden and I wanted to blog about something more in depth/detailed etc but it's 9:00 at night and I'm a bit tired. So let's just see where this goes.

We have been busy but not busy in the sense that we are running all over the place participating in various activities. We have been busy getting used to being married. Busy adjusting to new schedules. Busy cooking and cleaning. Busy reading and watching TV together. Busy learning to coupon and grocery shopping. Busy going to the Ballet and various other places for date night. The good kind of busy.

We recently got our wedding pictures in (on CDs to view before ordering) as you know from a previous post and we have been enjoying looking at those and deciding what we want to order etc.

We have been exercising utilizing the Couch25K app and it has been beneficial for us. It helps us feel energized in an exhausting way and also allows us to feel a sense of accomplishment regarding health and wellness. It also is a time where we are alone together with no other distractions and we have enjoyed that undistracted chat time.

We have enjoyed eating at home. We promised before we got married that we would really limit our times of eating out even when we were tired and didn't want to cook. It has really challenged me to stretch my cooking abilities and really find things that were good yet simple.

I've been learning to coupon and it is super fun. This past week I spent $73 at the grocery store and saved $63. It is fulfilling and a blessing to know that we now have that extra money to spend on other things or save etc.

Obviously, tons of other things are going on in our life too but that's all I'm up to sharing right now.

Later this week or sometime soon, Matt and I want to start blogging about some more significant things that the Lord is teaching us as a couple and individually!

Til then-
Did you hear about the Morgans?
Posted by Leslie at 10:07 PM No comments:
Email ThisBlogThis!Share to TwitterShare to FacebookShare to Pinterest

We just got our wedding photographs and we love them! I've posted them to Facebook but I realize that not everyone has Facebook. For now, I'm just putting up a few...We will post more later! 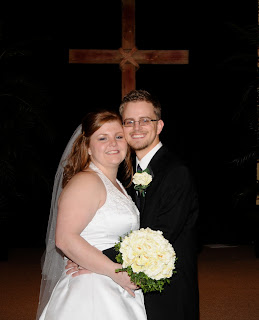 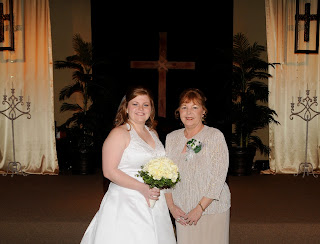 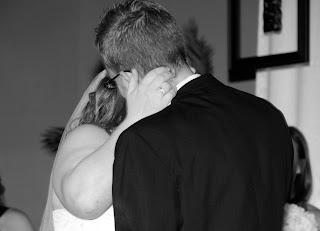 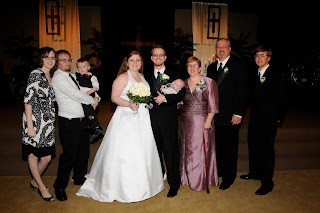 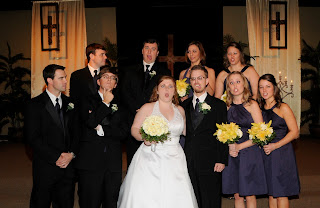 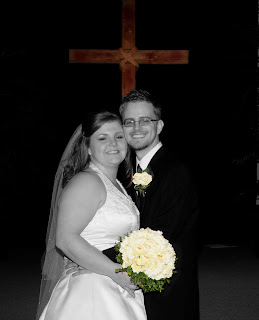 Til Then-
Did you Hear about the Morgans?
Posted by Leslie at 10:33 PM 1 comment:
Email ThisBlogThis!Share to TwitterShare to FacebookShare to Pinterest

For the last several years, I have been sending birthday cards to my friends and family all throughout the year. However, since we got engaged and married, I have not been able to do it like I wanted to. Now, it's what Matt and I get to do together! We are getting back into the swing of things and I'm thrilled!

I'm organizing our calendar and getting us ready. The best part is: Matt wants to do it too! He is the best!

If your birthday is coming up, expect a card from us! Love you guys!

Til then-
Did you hear about the Morgans?
Posted by Leslie at 6:08 PM No comments:
Email ThisBlogThis!Share to TwitterShare to FacebookShare to Pinterest

Several people have been talking about Matt and me having date night once a week. We realize that at this point in our married lives we have nearly every night together alone. However, we feel like date night should not be like every other night that we spend together. Date night is a night where we will make the effort to turn off our cell phones and distance ourselves from the computers. We will limit our t.v./movie watching to something we both like. We will enjoy a special dinner together whether it is a trip to our favorite restaurant Bonefish or cooking a nice dinner at home. We want to start that now, early in our marriage so that we will hold on tight to it as our lives together change and evolve. So, that's our plan for date night :)

Til then-
Did you hear about the Morgans?
Posted by Leslie at 4:55 PM No comments:
Email ThisBlogThis!Share to TwitterShare to FacebookShare to Pinterest
Newer Posts Older Posts Home
Subscribe to: Posts (Atom)