One night before bed, we read a book with lots of movements in it. I told Mason to hop to his room and he did. He had some great hops and I said, "Those were great! Who knew you had it in ya?" and he quickly and confidently said, "ME!!!"


On the morning of my last OB appointment, Grandmom had offered to watch Mason for us. Again, HUGE blessing! When we got to their apartment, Matt got Mason out and took him to their door. When Mason was walking, he realized I was still in the car and he turned around and put his hand on his stomach and said "Ma ha baby?!?" Haha! He was very concerned that I was going right then! We reassured him I wasn't. He turned around and walked away. So funny!

I had to take Zantac a good bit while I was pregnant. One afternoon, I told Mason I was going to take one and he asked for medicine. I told him he couldn't have this medicine but that when he was sick, we did give him medicine. He immediately began coughing and ran to the medicine cabinet!! 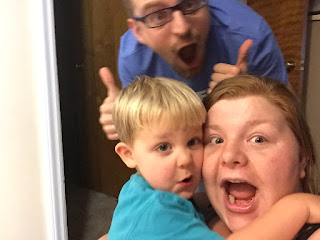 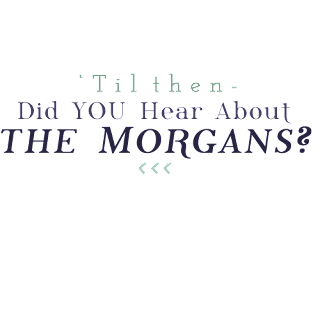 Posted by Leslie at 6:00 AM
Email ThisBlogThis!Share to TwitterShare to FacebookShare to Pinterest
Labels: Mason Says