Tuesday morning, Maddox and PawPaw enjoyed some morning coffee. PawPaw had just rolled out of bed and I didn't tell him I was taking a picture so hopefully he forgives me! 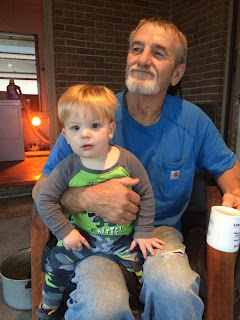 It was rainy again that morning but when Mom came to bring her things for the trip, we went to lunch at Raising Canes. 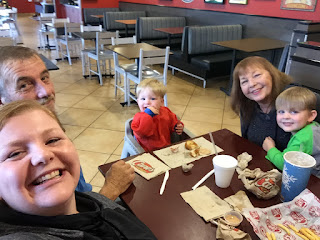 GiGi also got the boys the dog of the year and they were all so happy! 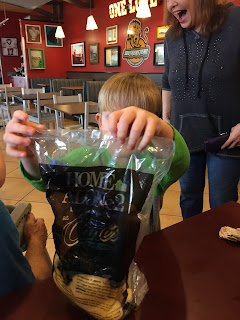 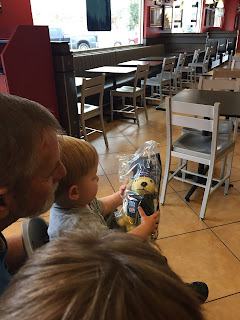 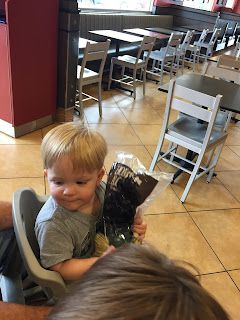 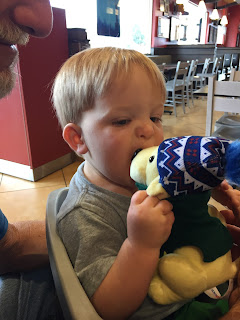 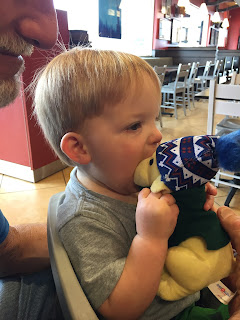 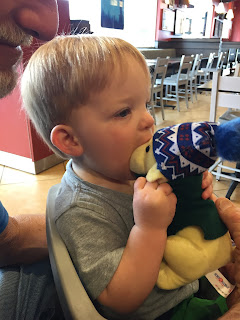 Maddox was worn out from that adventure! 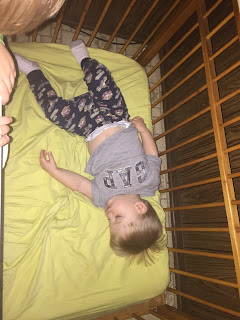 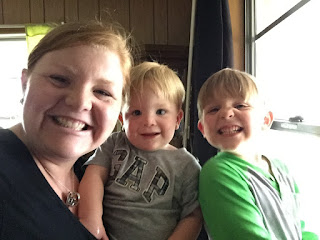 After nap, we went to the library. We had not visited that library before and honestly, it was pretty awful but the boys played for a while despite that. 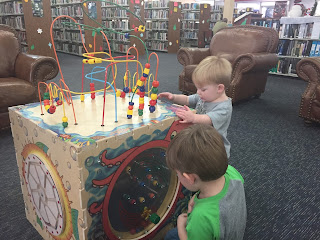 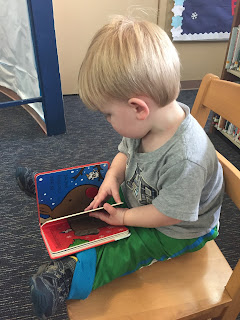 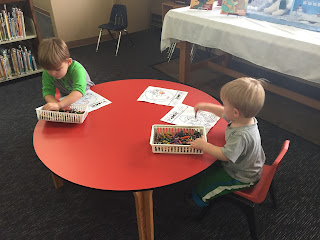 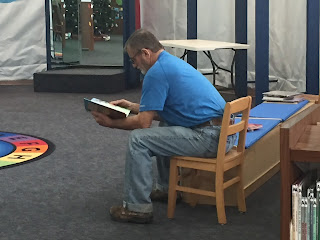 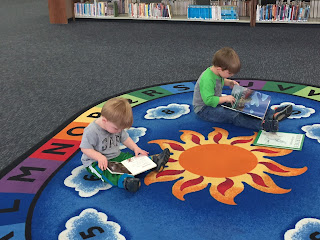 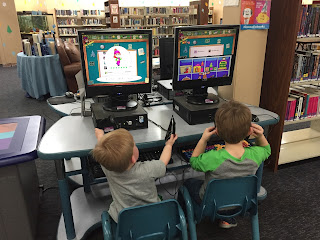 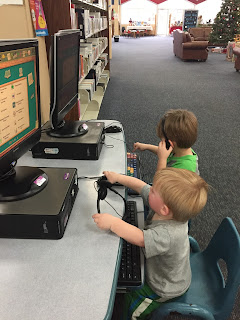 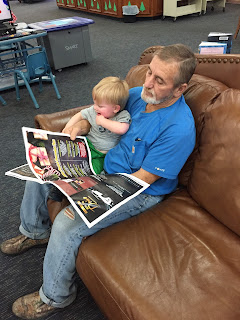 We loved our days with PawPaw and enjoyed one last evening with him before heading out Wednesday morning. 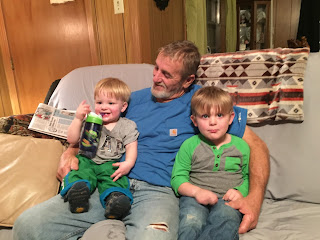 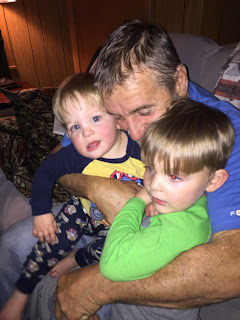 Wednesday morning came early early and we gave lots of hugs before we headed out. 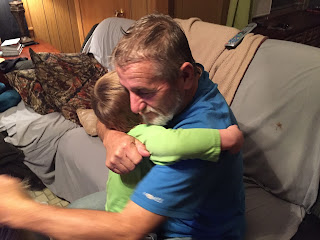 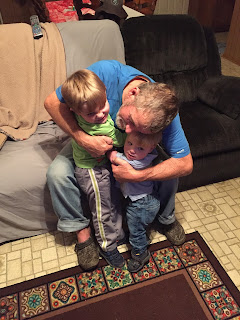 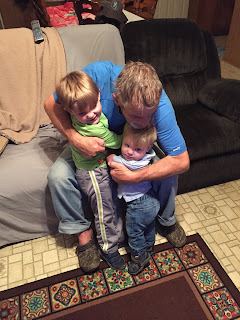 We picked up GiGi and kept on going. One of my favorite presents was riding in the back seat! 😂 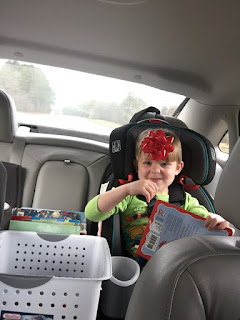 The other one was sleeping! 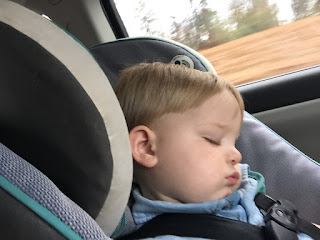 It was a good trip and Matt was glad to see us!
When we got home, the boys wanted to open their table and chairs. They don't waste much time! 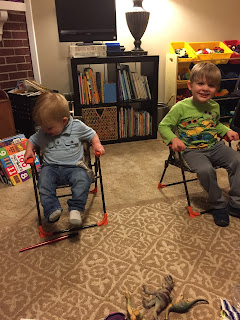 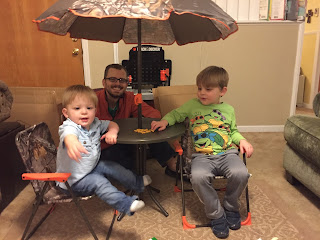 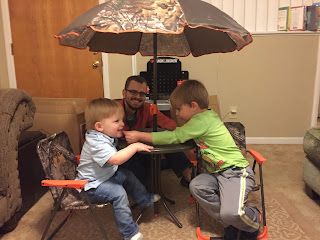 Posted by Leslie at 12:00 PM
Email ThisBlogThis!Share to TwitterShare to FacebookShare to Pinterest
Labels: Louisiana