Last Sunday, Matt's favorite NFL team played in the Super Bowl! He was thrilled and I told him I would make him any treats that he wanted while he watched.

The boys were at AWANA so we ate a few snacks early and then when they got home, we watched some of the game together with all of the yummy snacks. 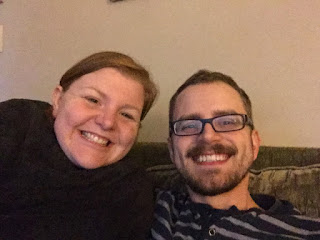 I made mini pigs in a blanket, hot ham and cheese sandwiches, buffalo chicken dip, sausage with dipping sauces. We also had salsa and for dessert, King Cake Bubble Up! It was all so delicious! 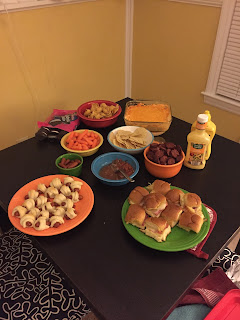 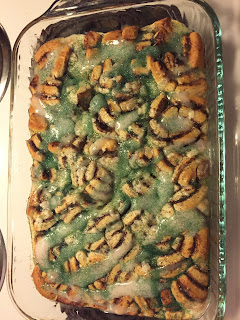 Maddox was extra-tired so we laid him down and let Mason stay up for a while and watch the game with us. Honestly, we would have let him watch the whole game if he didn't have speech early on Mondays. 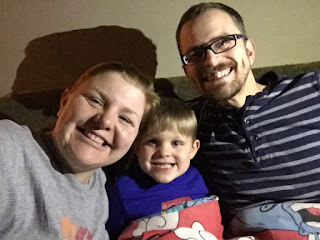 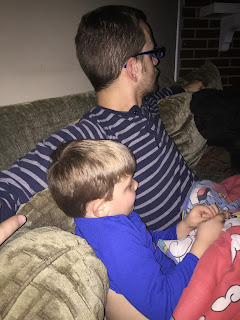 This was our silent cheering since the boys were in bed. :) 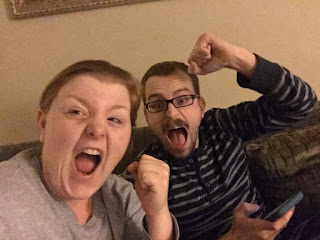 Too excited to sit! 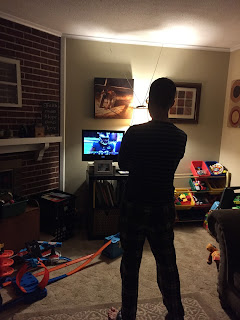 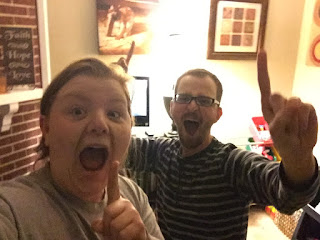 Posted by Leslie at 12:30 PM
Email ThisBlogThis!Share to TwitterShare to FacebookShare to Pinterest