December has been a big month for our big guy! As the month went along, I wrote important information (to me) in a journal format. It's more for memory keeping and to keep me from posting a separate post for each thing I consider noteworthy. :) 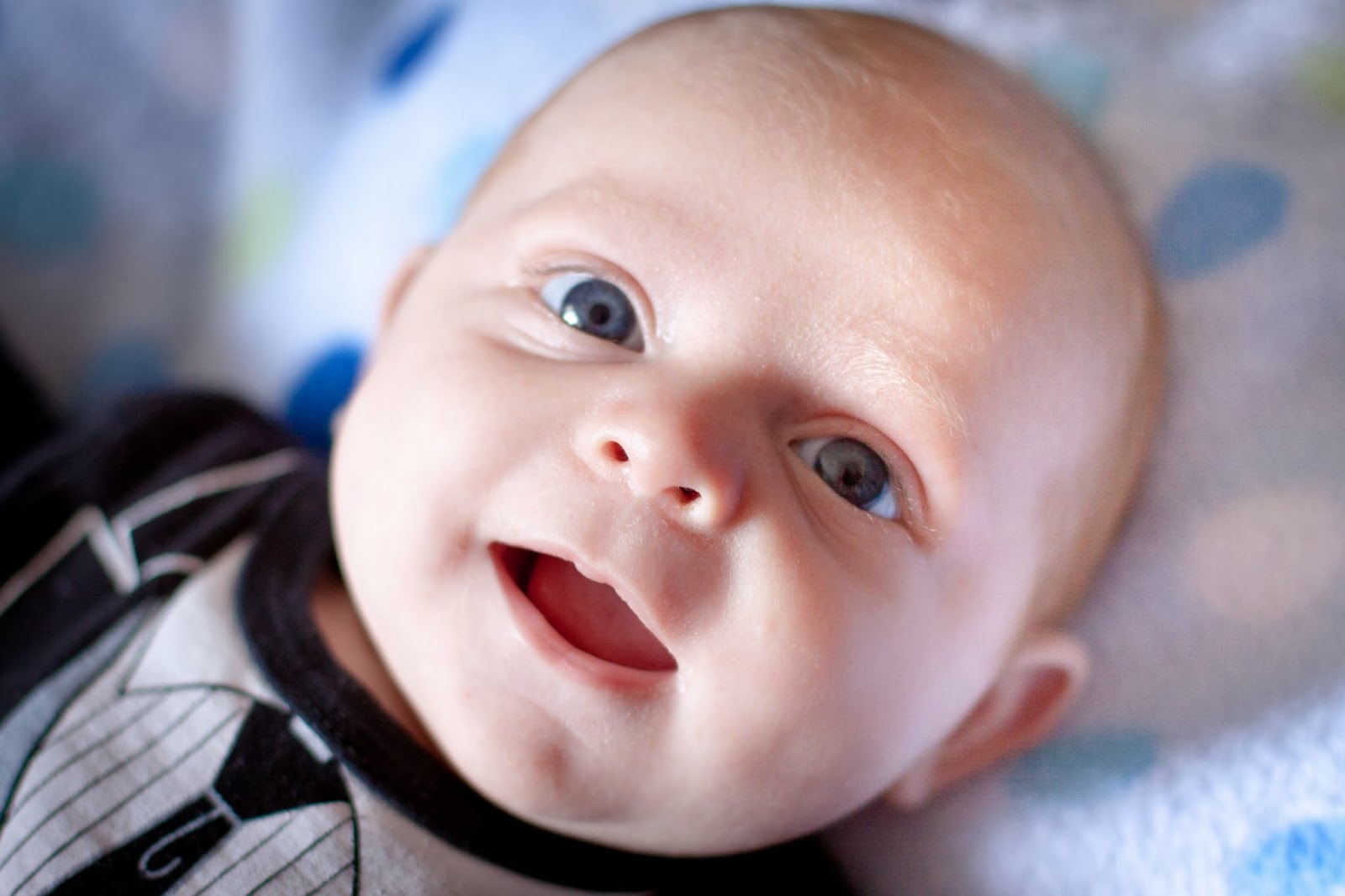 Matt took Mason's 2 month pictures on 1/1; they turned out soooo well. They are mixed throughout the post. 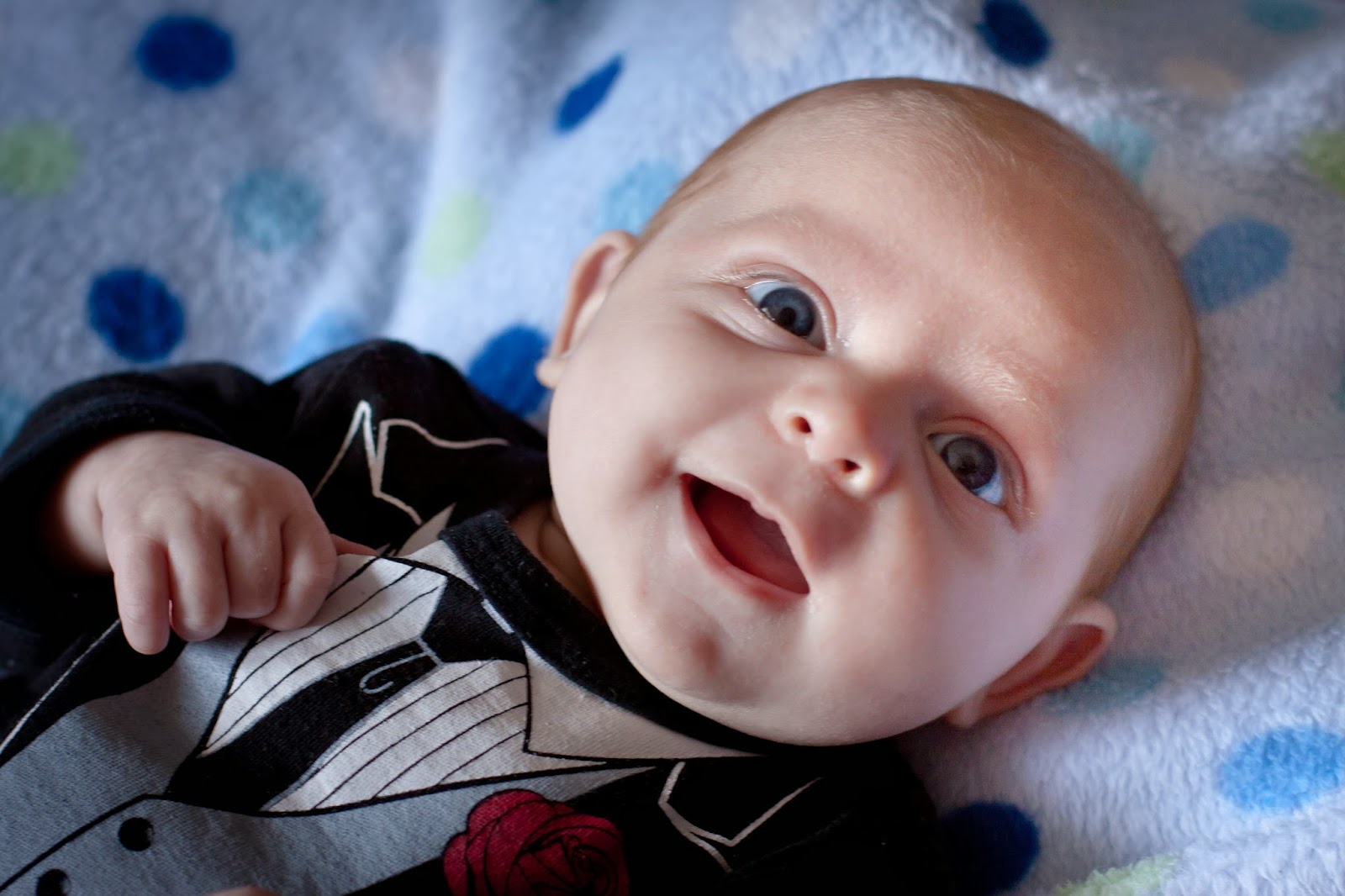 On December 2nd, we were getting ready to head to the airport to pick up Paw Paw (My Dad) to meet Mason for the first time. I was getting Mason dressed in his camo and the little guy did something I never expected to see! He rolled from his tummy to his back! He pushed from tummy to side several times and then just moved right on over to his back! He was so proud! :) On December 8th, he rolled over from tummy to back 6 times so it appears it isn't a fluke that our little guy can do it! :) 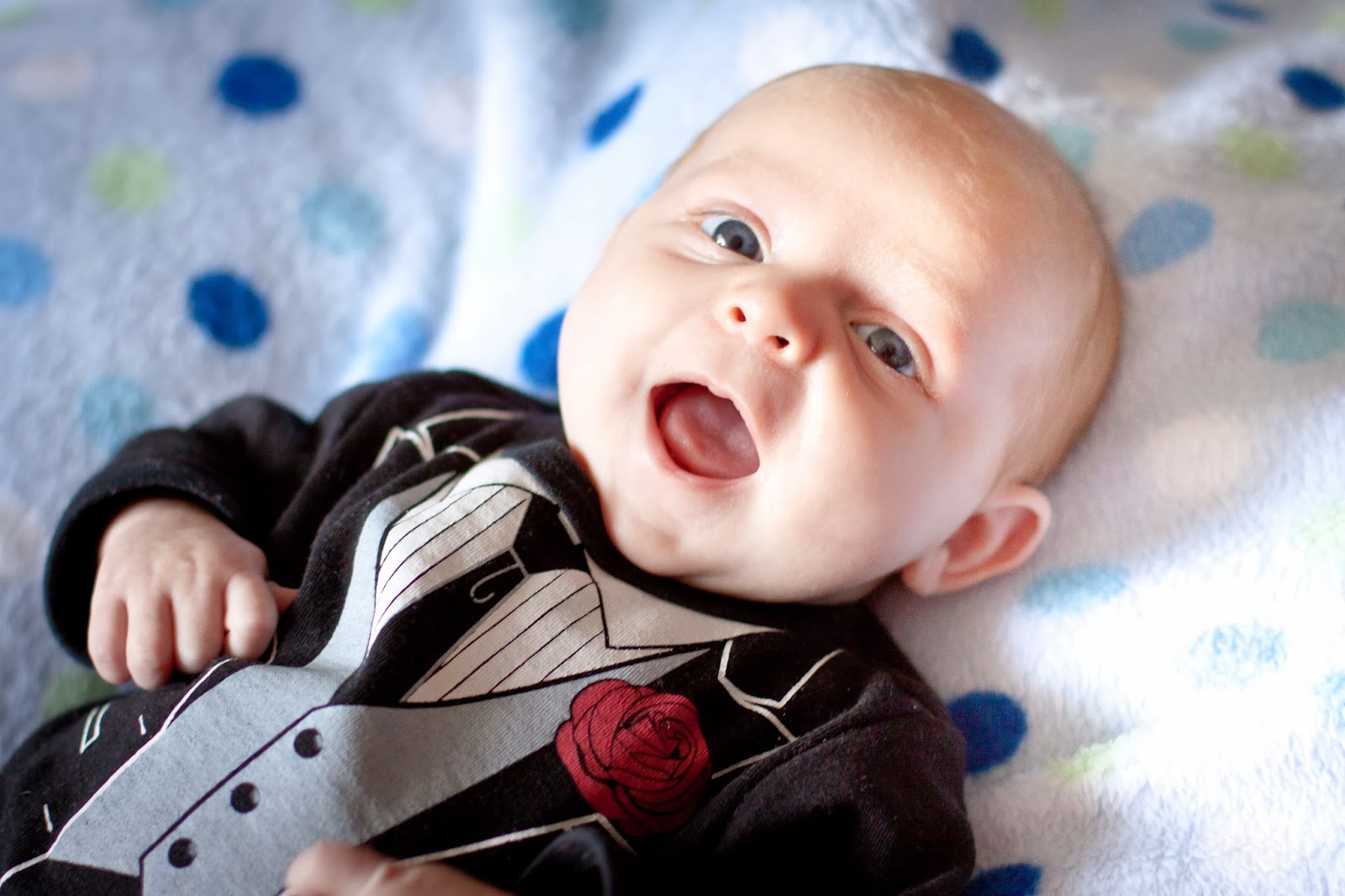 Mason loved meeting his Paw Paw and on those few days, he got spoiled rotten. Paw Paw purchased his first "real" camo (Browning) and his first Christmas ornaments not purchased by us. He got him a fish and a deer which is just right coming from my Daddy! 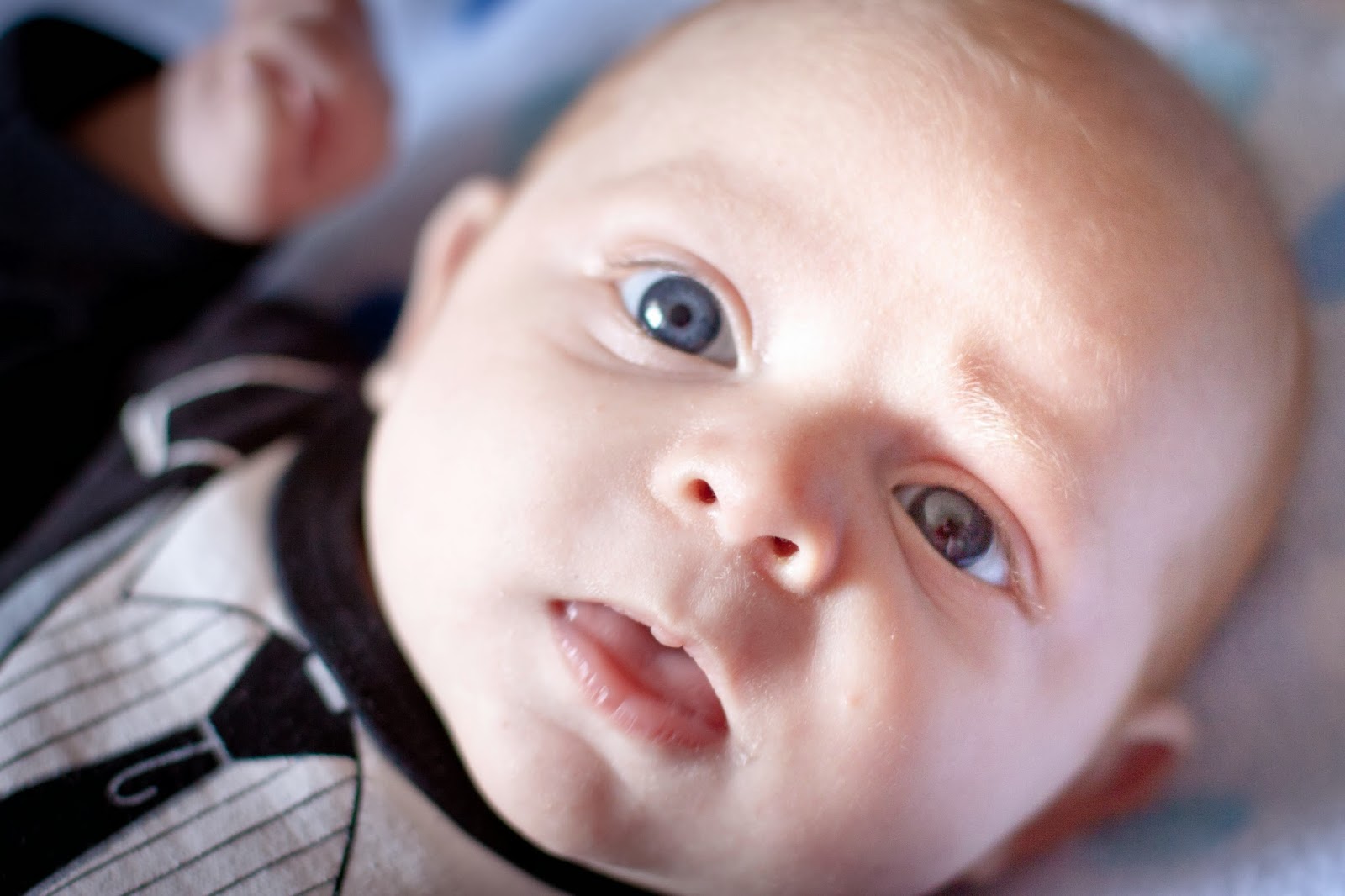 Firsts: rolled from tummy to back; trip out of South Carolina (North Carolina on December 6th); first SEC championship game to watch on TV (Cheered for Auburn and his great grandfather would have been proud!); several new restaurants (Cook Out, Dairy Queen, Outback etc) 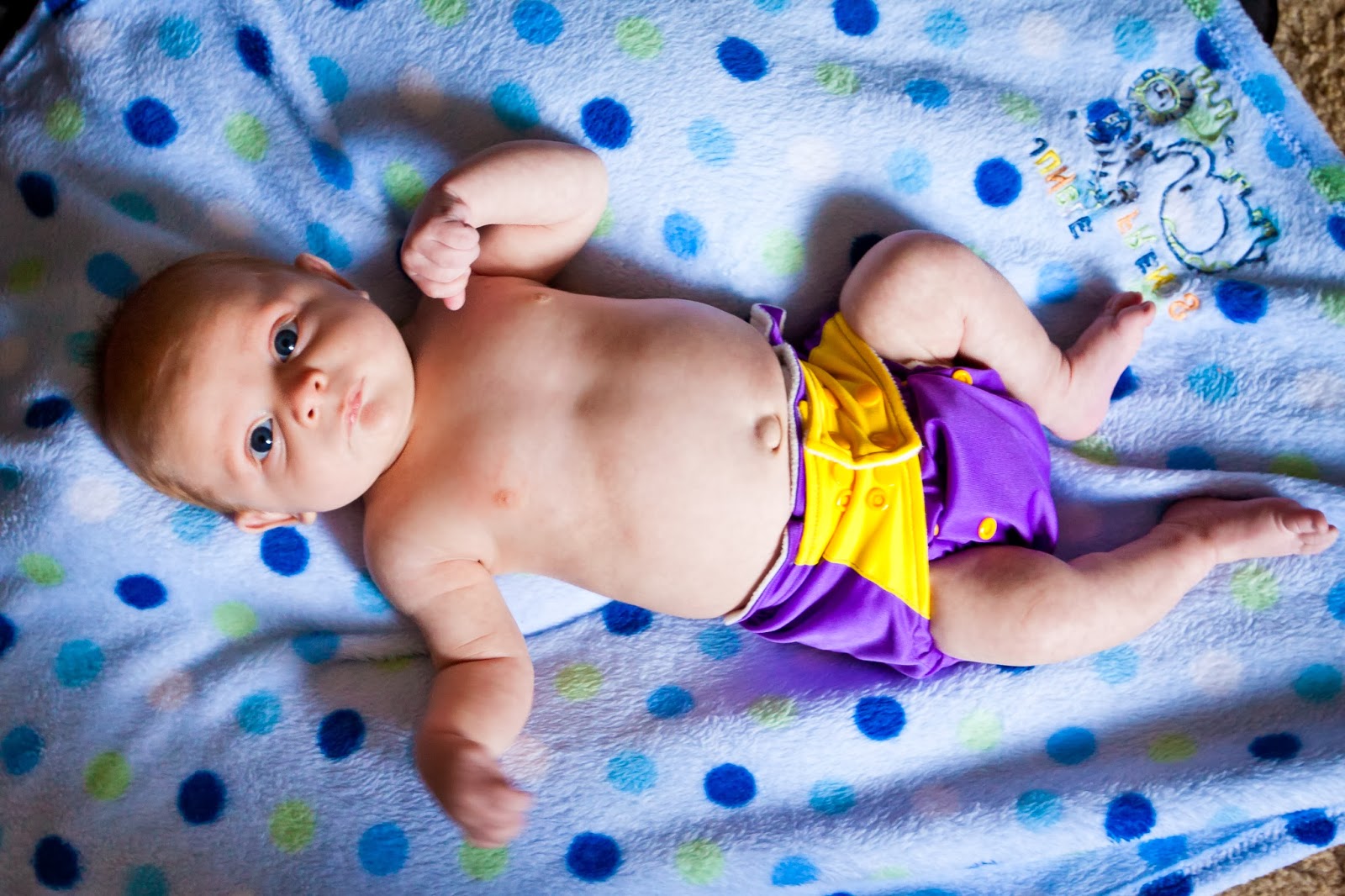 Mason started trying to hold his pacifier in his mouth this month. He is also looking and focusing more and more and it's the best thing! 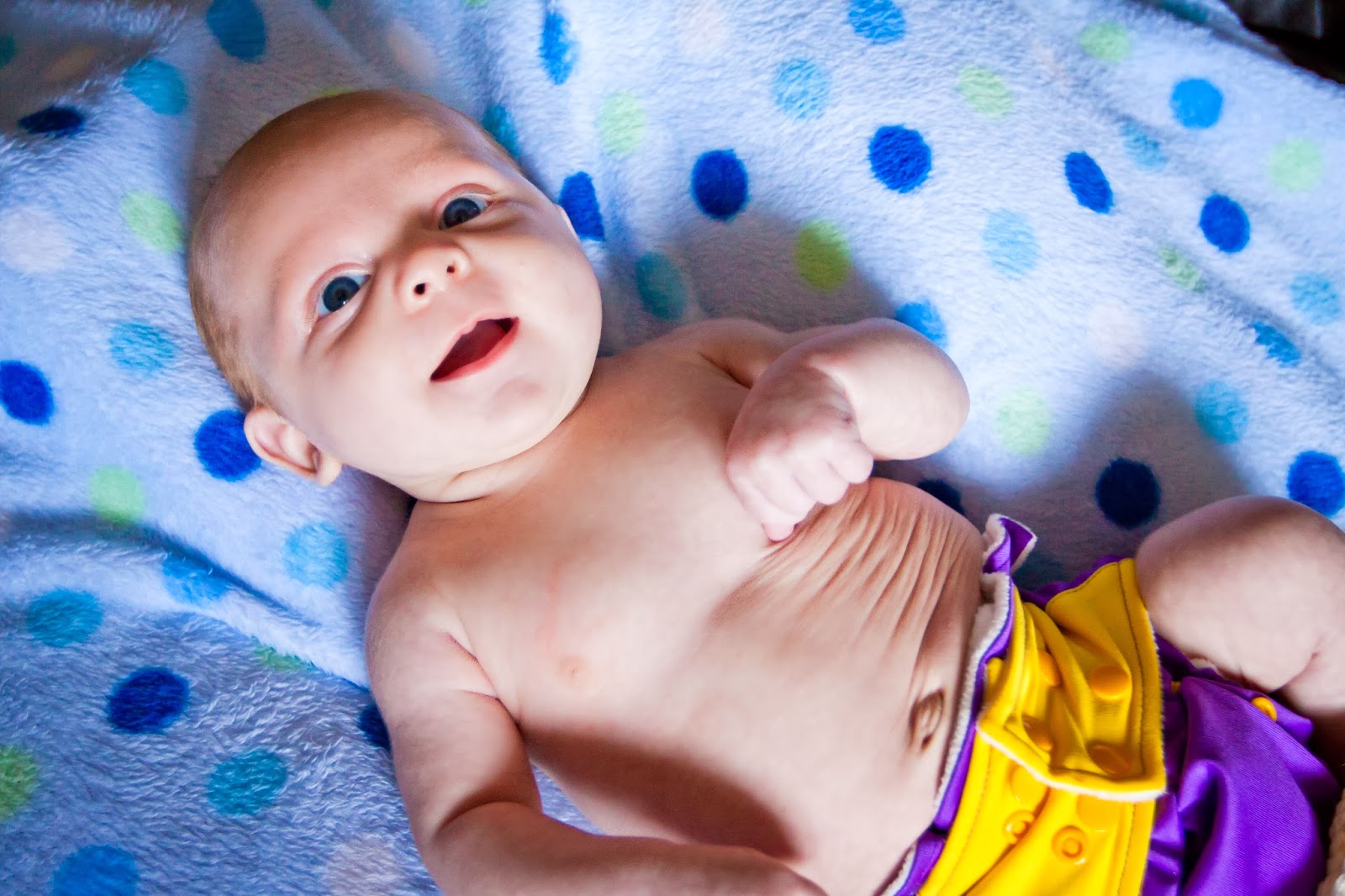 When my Dad was here,  he held Mason A LOT! One morning, I was in the other room pumping and all of a sudden, I heard Dad say "OH NO!". Mason had pooped big time and it was stinky. It was hilarious! Paw Paw handled it like a champ! 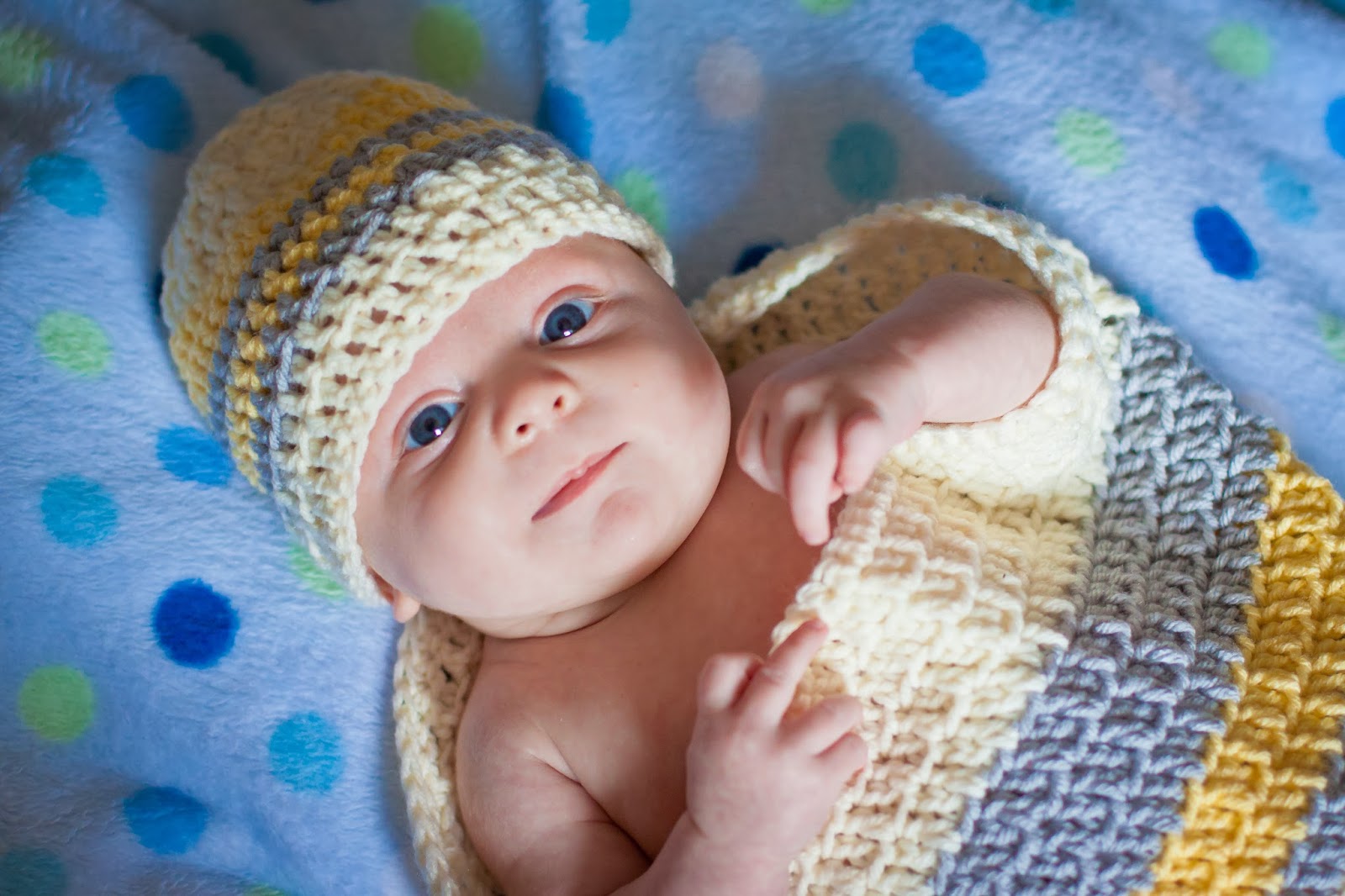 This month, we continued to try baths and Mason has learned to love them. When we get the water warm enough and get him in his tub seat to where most of his body is in water, he LOVES it! It soothes him so much and it is just precious. 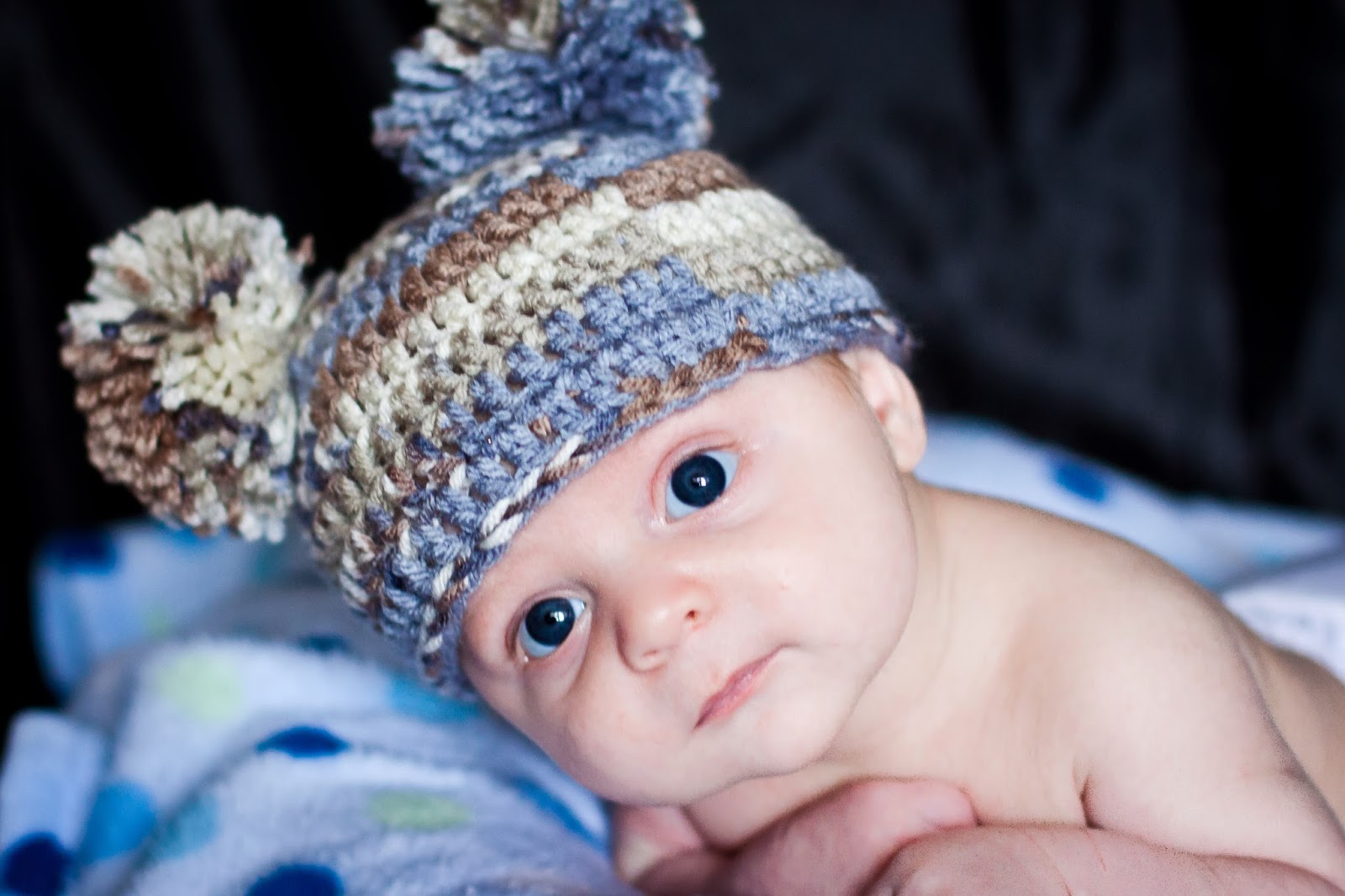 Our little guy had lots of dry skin on his forehead and scalp this month and he lost some of his hair. It's kinda sad but we realize it's just part of life! :) By the end of the month, with the use of lotion and the humidifier, his skin wasn't as dry and his hair started to grow back some. 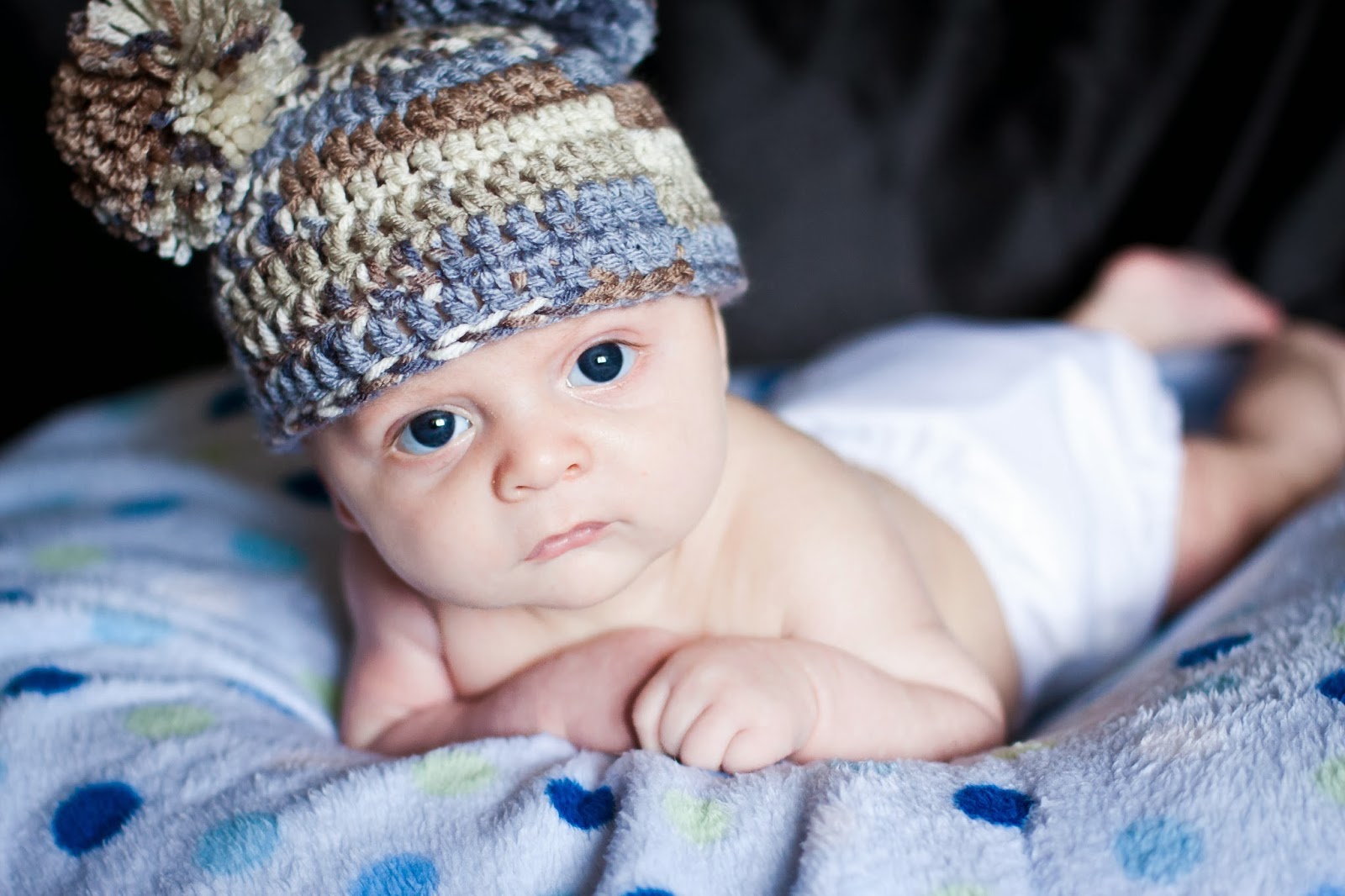 He has also learned that diaper changes/being naked is NOT THE END OF THE WORLD! He doesn't scream now and it is awesome! He loves the painting above his changing table and he just looking at it while we change him. 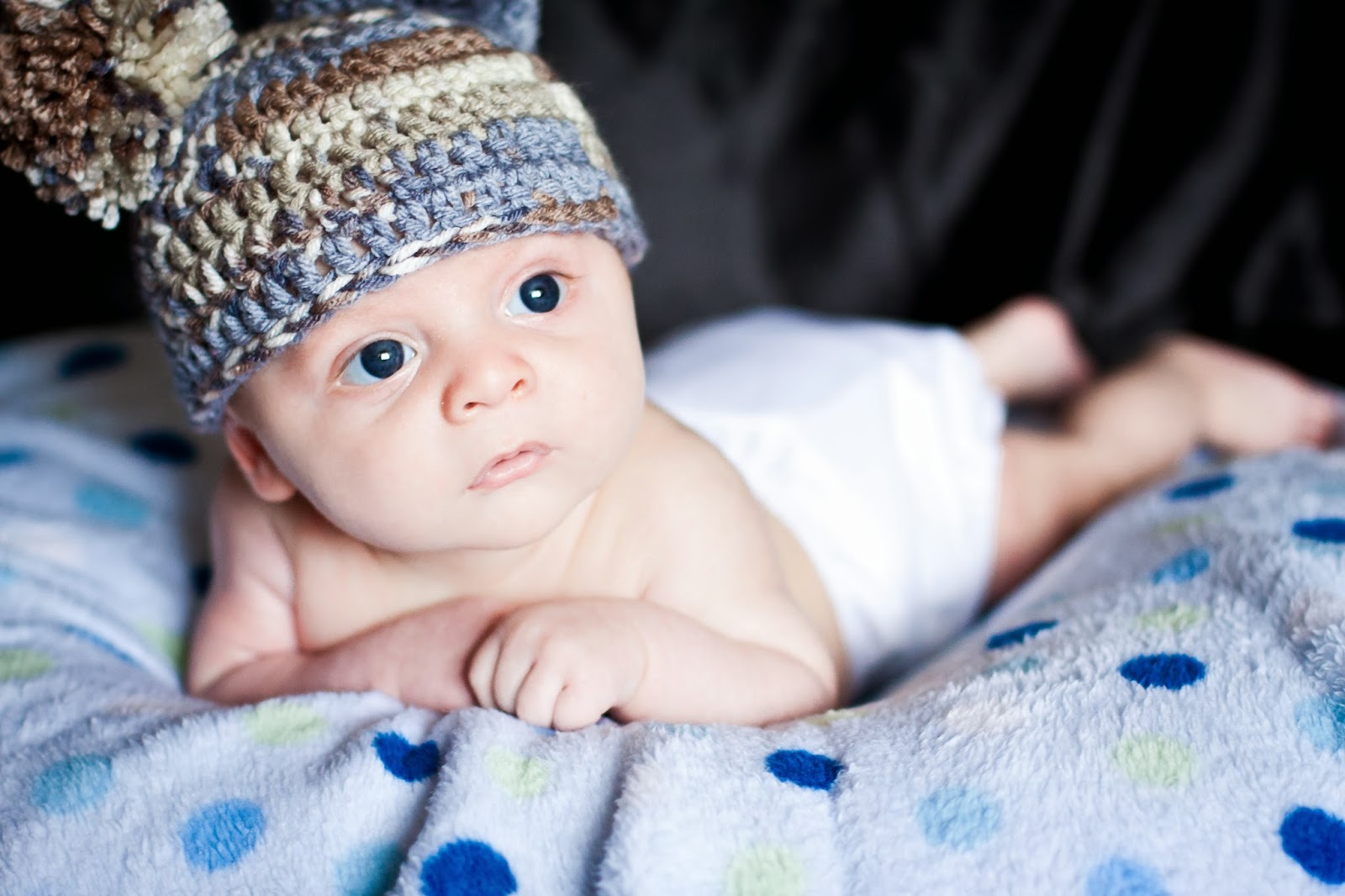 We also read Christmas books to him from December 1st through Christmas. This is a tradition we started before we had children so that when we had children, we would continue it. Mason seems to really enjoy being read to each night. It's very special for us! On the night of the SEC championship game, we had the game on in the background and we went to read to Mason. Mason was craning his neck to look back at the TV. It was so funny! Our guy loves football already! 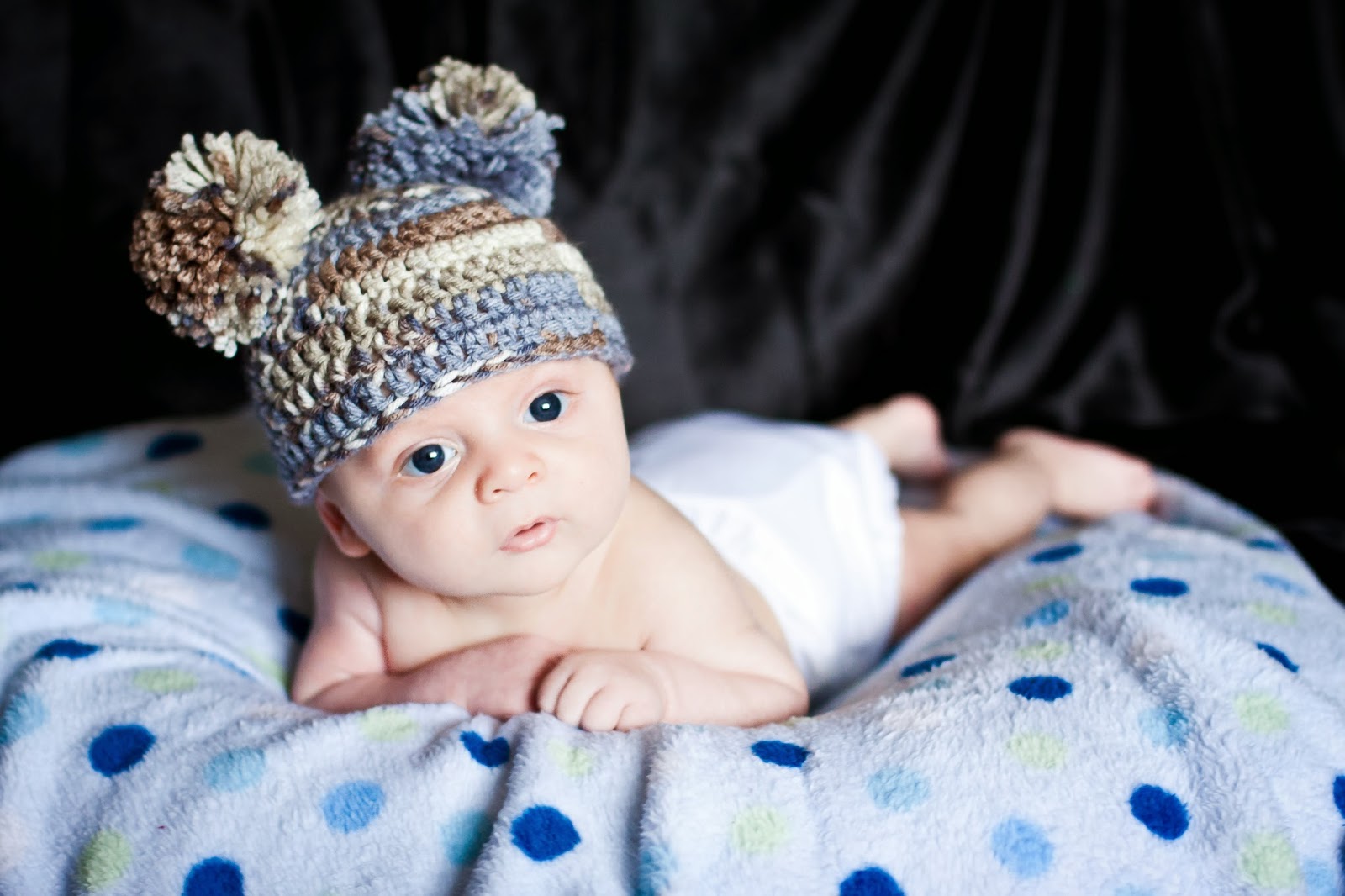 We started giving Mason 3 ounces at the beginning of this month and then he was still hungry so we began giving him 3.5 ounces for every feeding. We also started around the 8th weaning him from his middle of the night feeding. AND on the 9th, we moved up to 4 ounces. Our little guy is growing!! By middle of the month, he was up to 4.5 ounces each feeding. 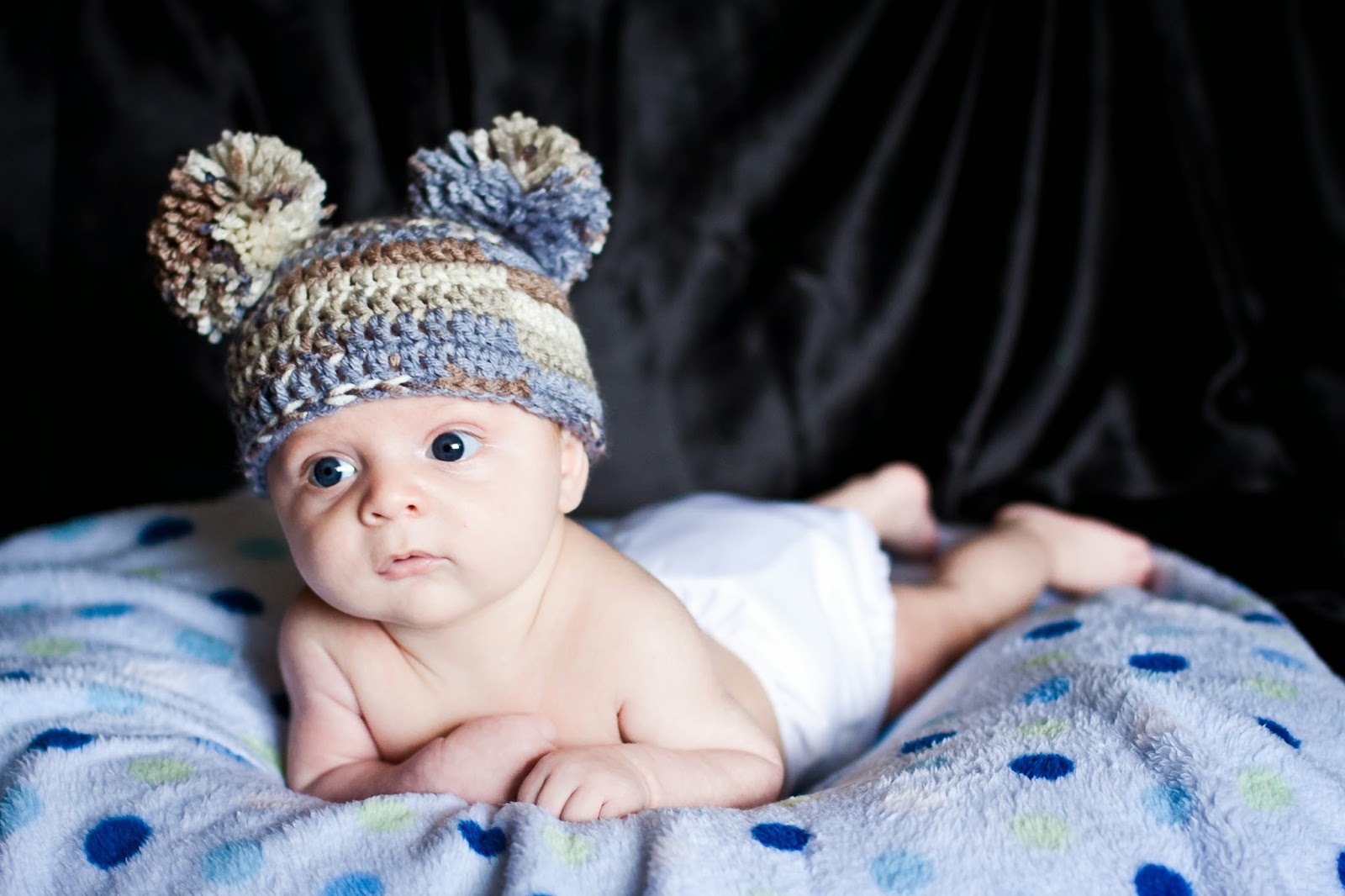 We had our first projectile spit up on December 12th. That was an experience for sure!! It shocked the heck out of me but thankfully Mom was here and able to get me a towel for Mason and I was able to take care of the rest of it. 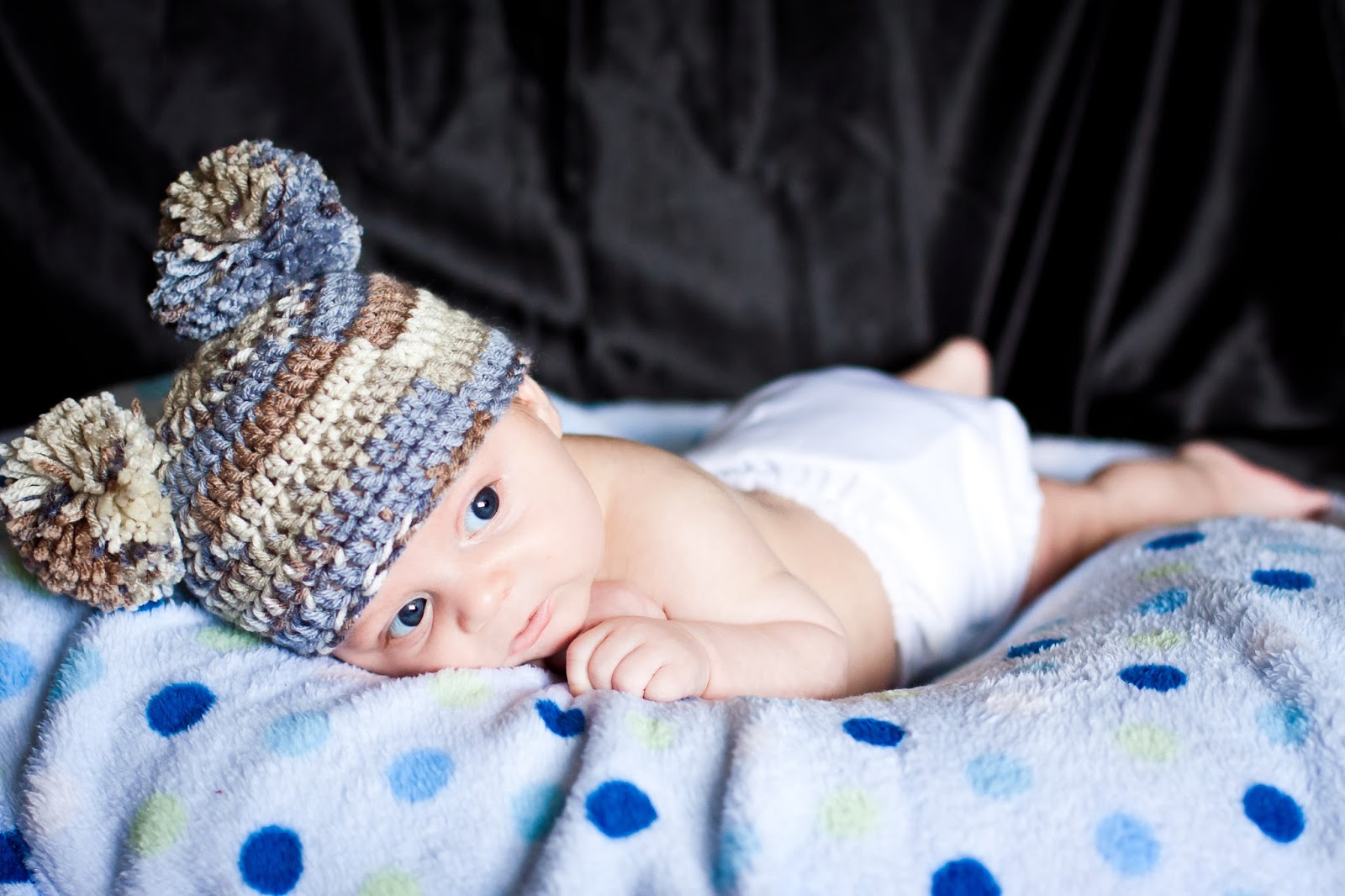 We have been a great schedule of eating every 3 hours with 1 hour of wake time and 2 hours of sleep time. We are now moving toward longer periods of night time sleep since Mason has reached 6 weeks. He slept 6 straight hours on December 12th. So sweet! On December 28th, he slept 7 hours straight. 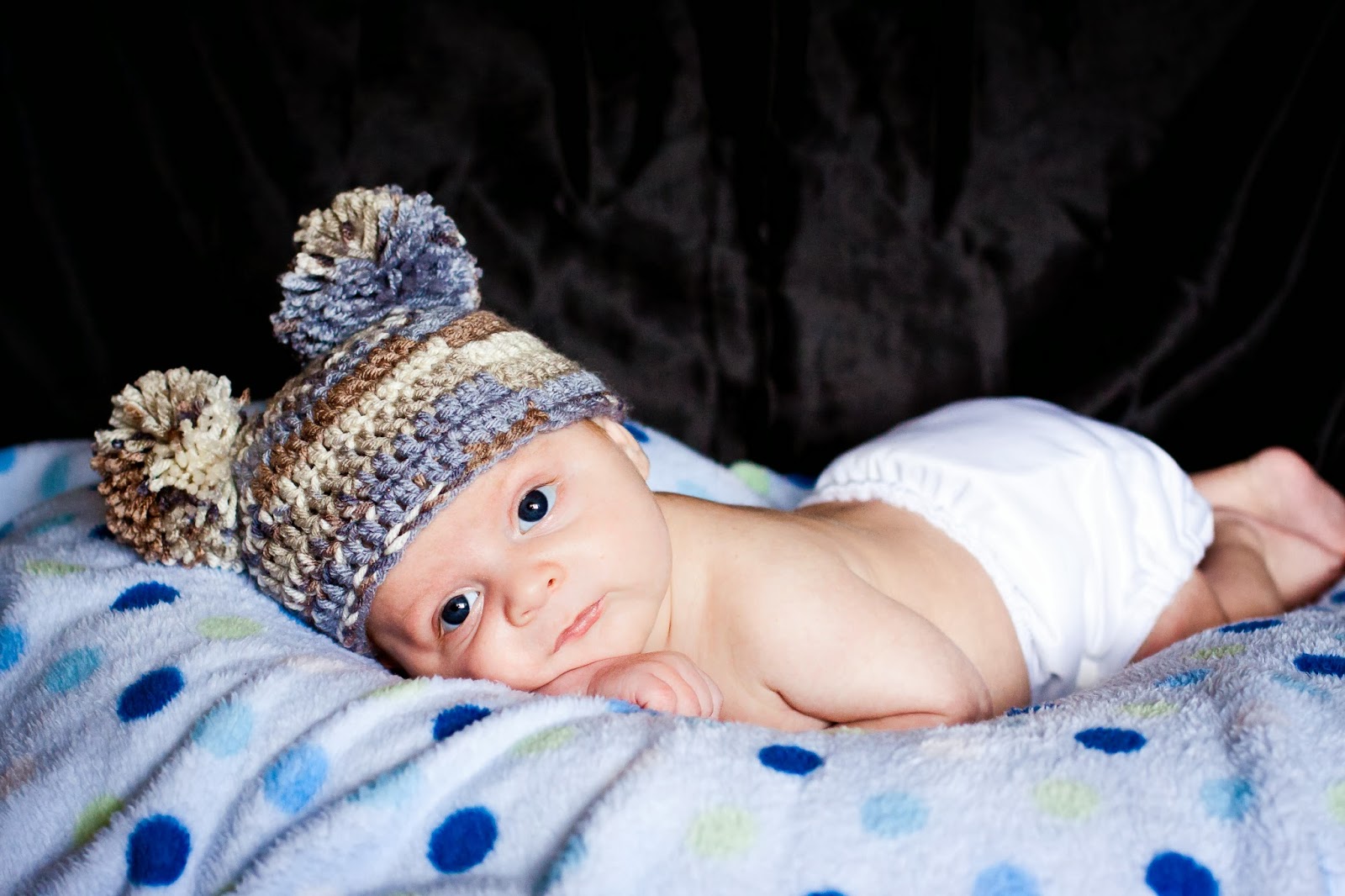 GiGi visited from December 11th-18th. She spoiled us all rotten. We had a lot of fun and are looking forward to seeing her and all of Mason's other grandparents on our trip in January. 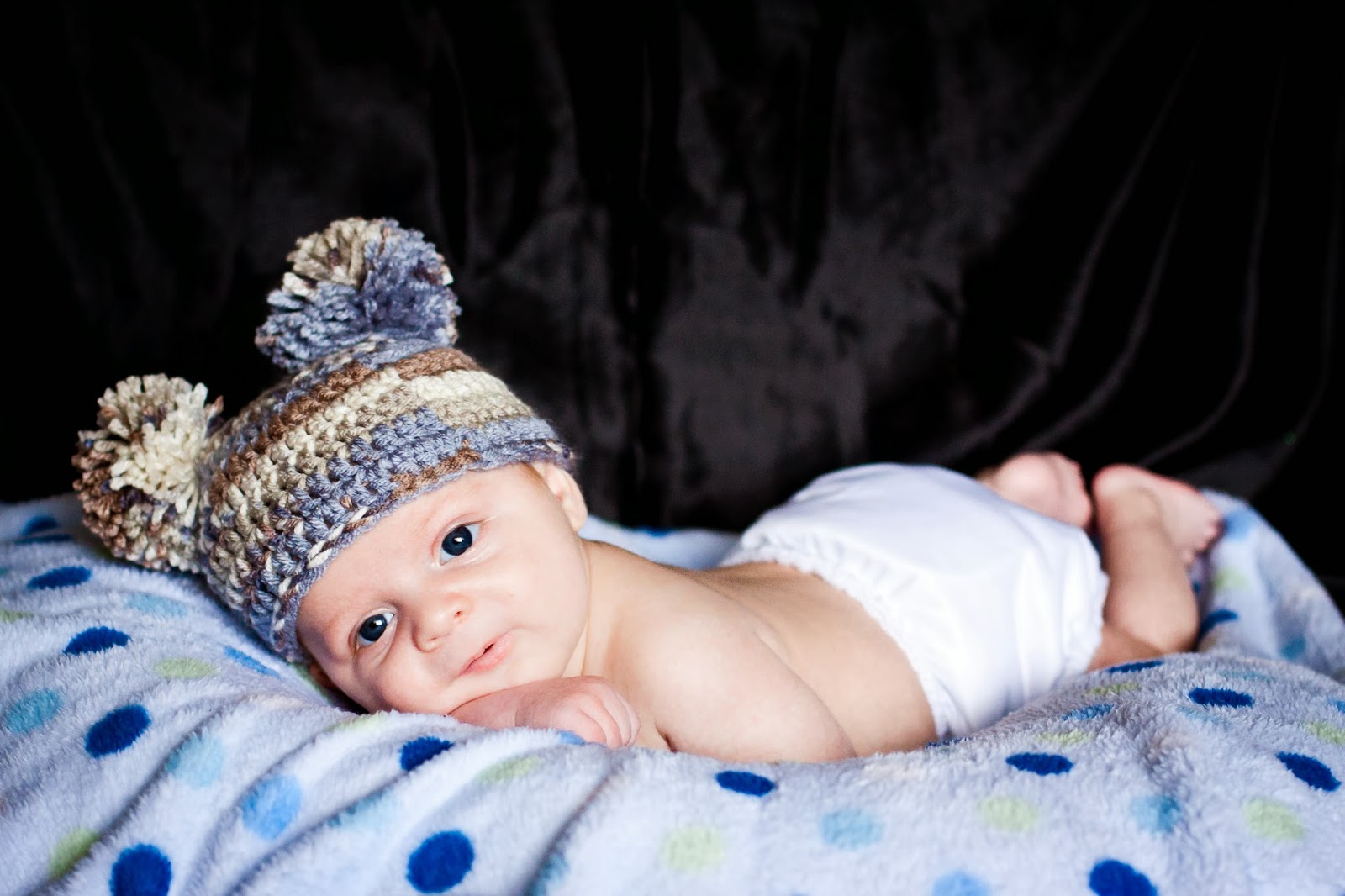 Midway through the month, Mason started coughing. It was so cute. He just will all of the sudden start a little cough. No sickness, just for fun! He also has learned to move his little nose more. Gah, he's cute! 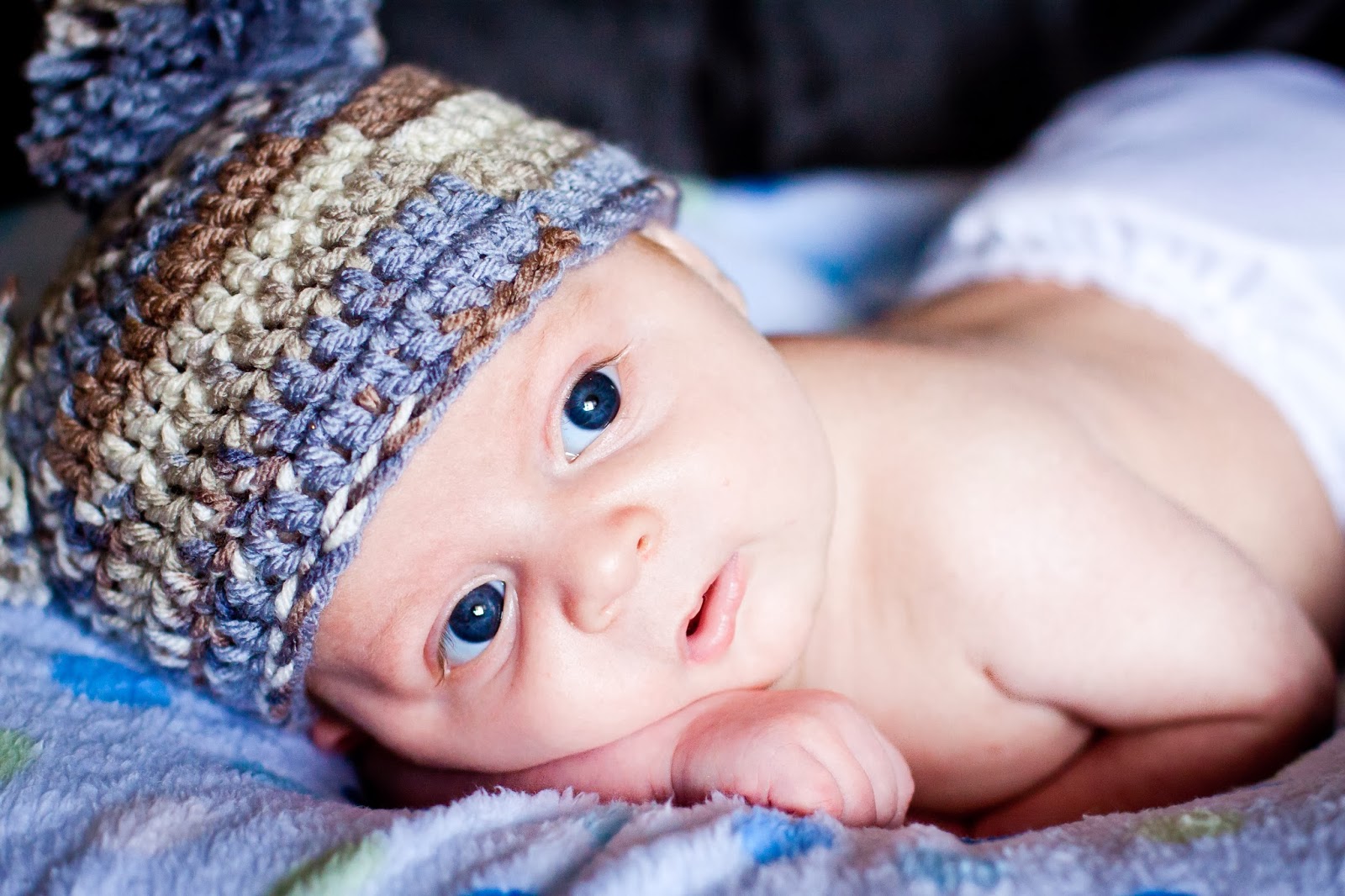 On the night of December 19th/morning of December 20th, Mason was super fussy. After his 7:00 am feeding, I checked his temp and it was a bit high. We called the MD and they told us to come on in. His temp was 99.7 when we got to the doc but since he was 7 weeks old, there are several things that they automatically do. They test for RSV which was negative so they then had to do a urine analysis and a blood draw to check white blood cell count etc. It was awful because they had to put a little catheter in to get the urine and they had to draw his blood. HE WAS MAD!! Thankfully, he was easily soothed as soon as I picked him up. The doctor gave him an antibiotic shot and he slept very well and seemed to be on the mend very quickly. So grateful! 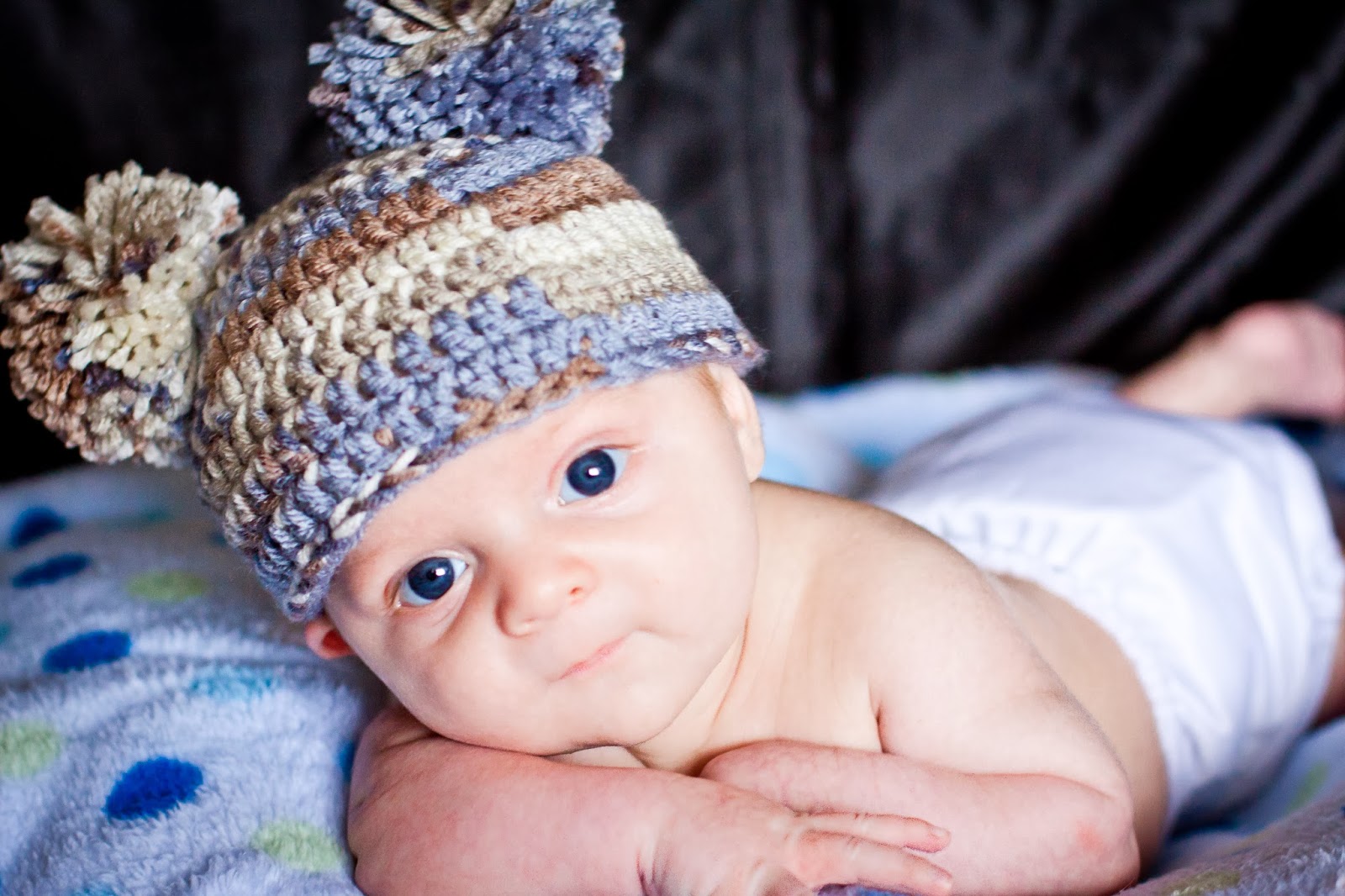 Mason's first Christmas was wonderful and the whole day was spent in PJ's. A separate post about that! 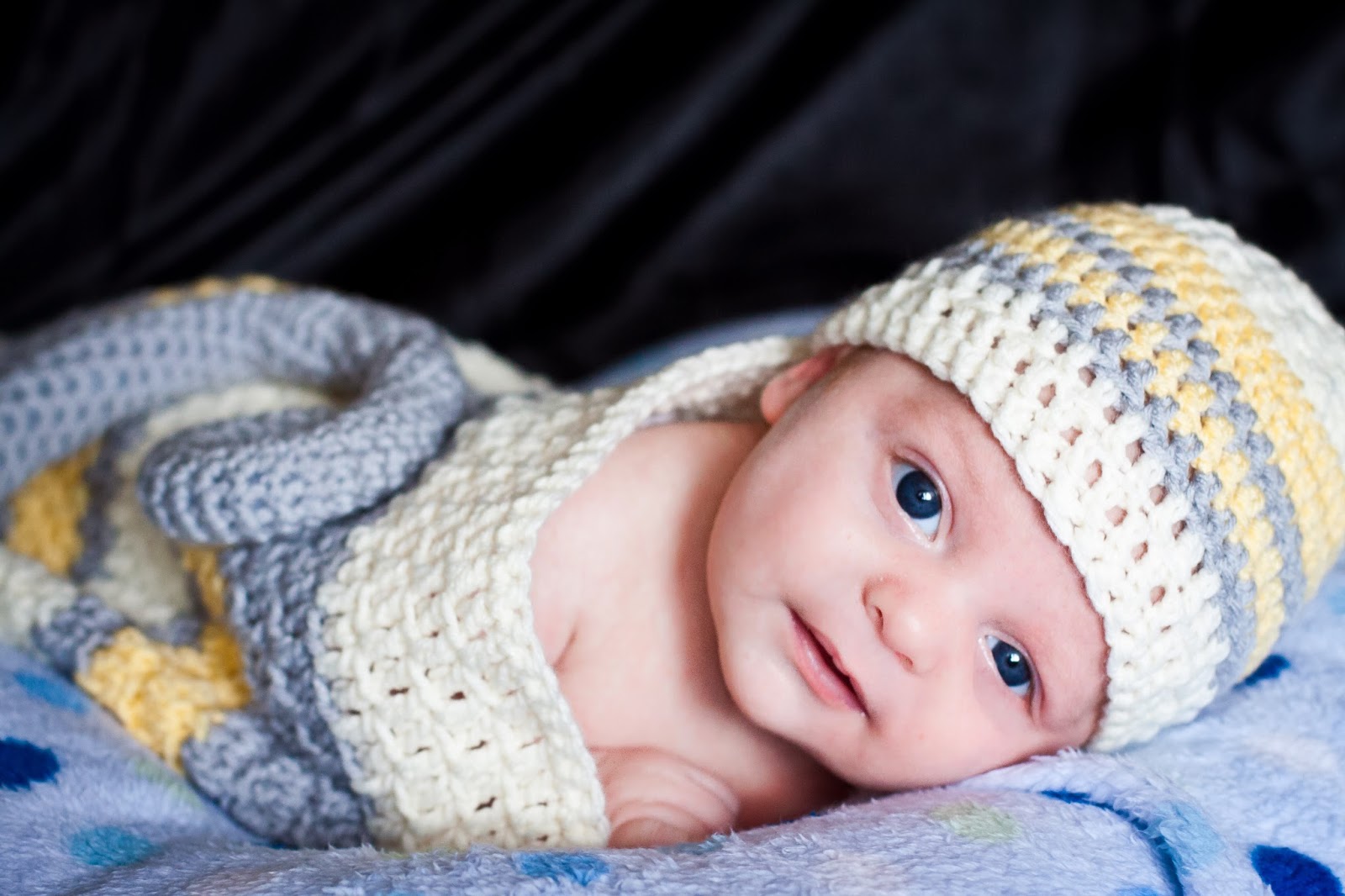 Mason's 2 month well visit showed just what a big guy he is! He was up to 12 pounds, 3 ounces (60th percentile), 22.75 inches long (40th percentile) and 15.25 inch head circumference. He got all of his immunizations and took them like a champ!! 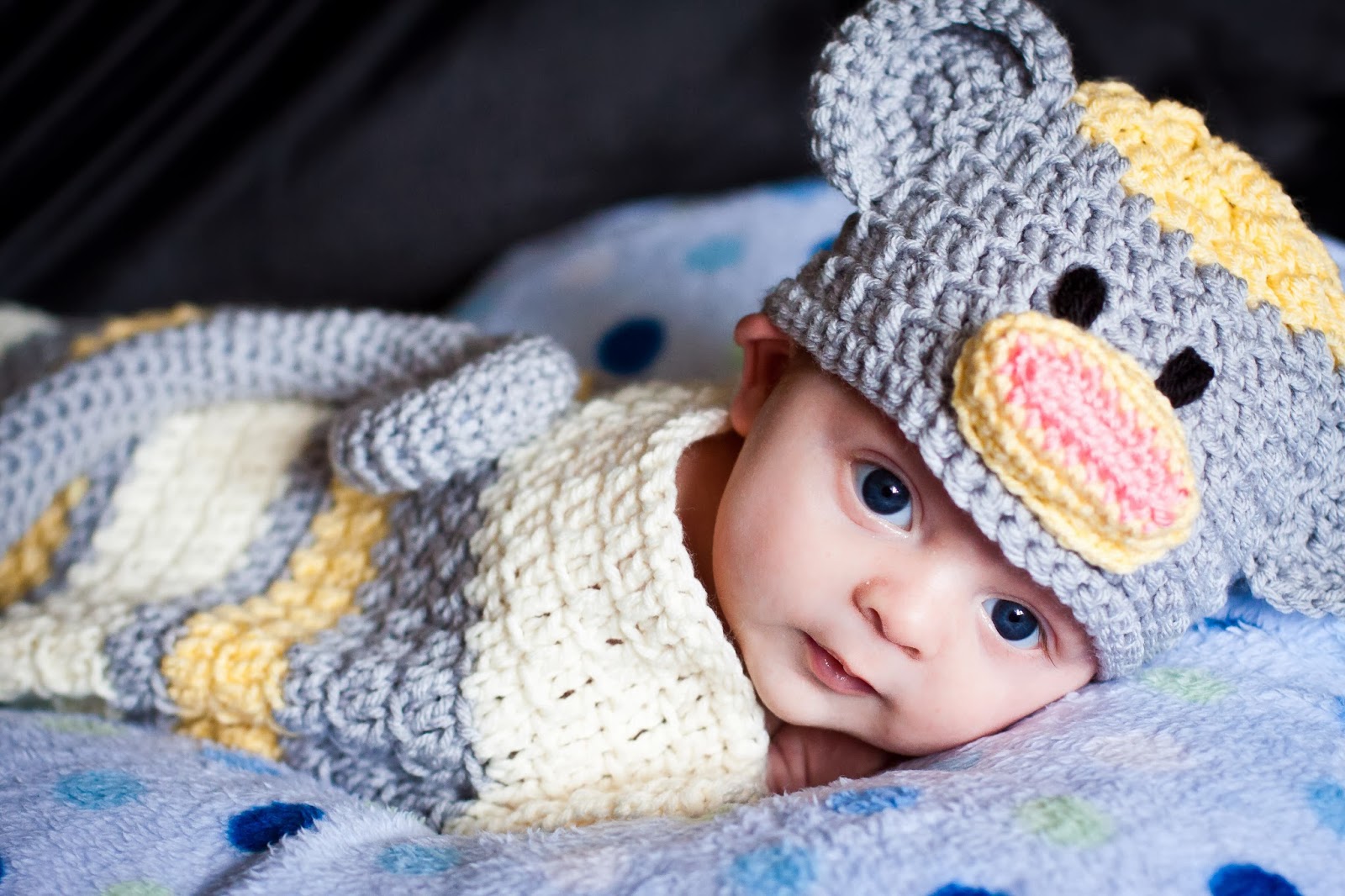